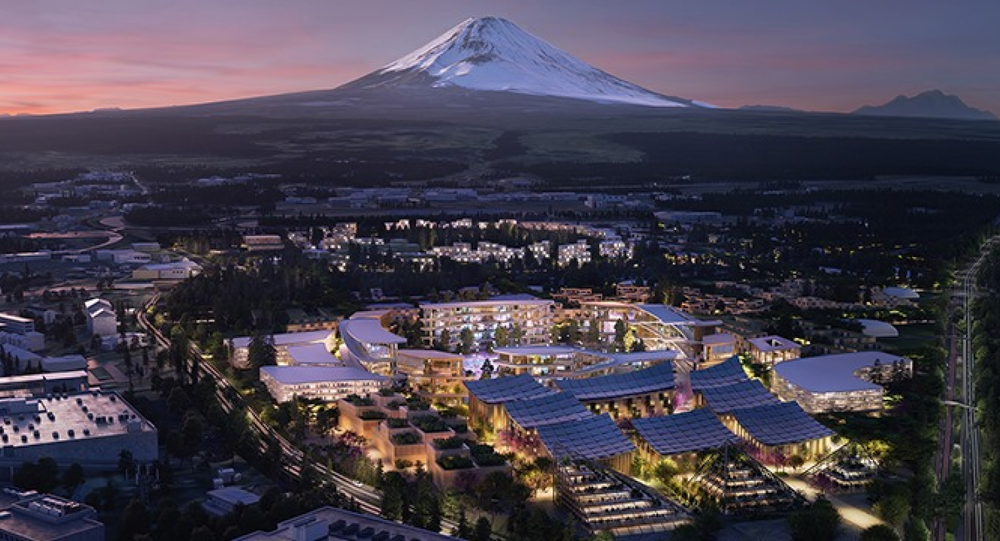 Toyota has sunk half a billion dollars into Uber’s self-driving car program, but that effort has proceeded at a snail’s pace. However, it’s Aurora’s tech that will be featured in the next version of its Sienna minivan, the company announced earlier this month.

Japanese automaker Toyota has broken ground on a new futuristic planned city for thousands of its employees on the site of a former factory in the shadow of Japan’s Mount Fuji. The utopian plan includes self-driving cars, plenty of pedestrian space, and “smart” homes with built-in robotics systems.

Called the Woven City, the planned community will be located at the old vehicle yard adjacent to the former Higashi-Fuji Plant, about 62 miles north of Tokyo. Akio Toyoda, the company president, said at the groundbreaking ceremony on Tuesday that the city’s themes would be "’human-centered,' 'a living laboratory' and 'ever-evolving.'”

The name comes from streets for pedestrians and streets for self-driving cars being “woven” together into a single community. At 175 acres, or roughly a square 841 feet long and wide, the city will one day host some 2,000 Toyota employees and their families, as well as retired couples, retailers, and scientists.

The layout has been made by famed Danish architect Bjarke Ingels, who designed 2 World Trade Center in New York and the Google headquarters in both California and the UK, according to The Japan Times.

The first batch of residents - 360 inventors, senior citizens, and families with young children - will move in within the next five years and begin testing the futuristic technologies that will define life in the Woven City, according to Business Insider. Those include smart homes with in-home robotics systems to help residents with daily tasks, sensors that monitor residents’ health, and a fleet of self-driving “e-Palette” cars that will perform both passenger and delivery functions.

The outlet noted there will be three kinds of streets: one for self-driving cars, one for personal mobility devices such as bicycles, and one strictly for foot traffic. It might seem ironic for an automobile company to be building a city of the future in which cars play only a minor role, but the city gives the company a chance to demonstrate the utility of its self-driving cars on a complex road system without having to compete with existing road traffic. It is also one in which pedestrians and drivers are less likely to be surprised by encountering the technology.

The buildings, too, will be futuristic: covered in photovoltaic cells for collecting the sun’s rays that will, alongside hydrogen fuel cells, power the entire settlement. The structures will be made mostly of wood to minimize their carbon footprint, and the city will be integrated with native vegetation and hydroponic cultivation.