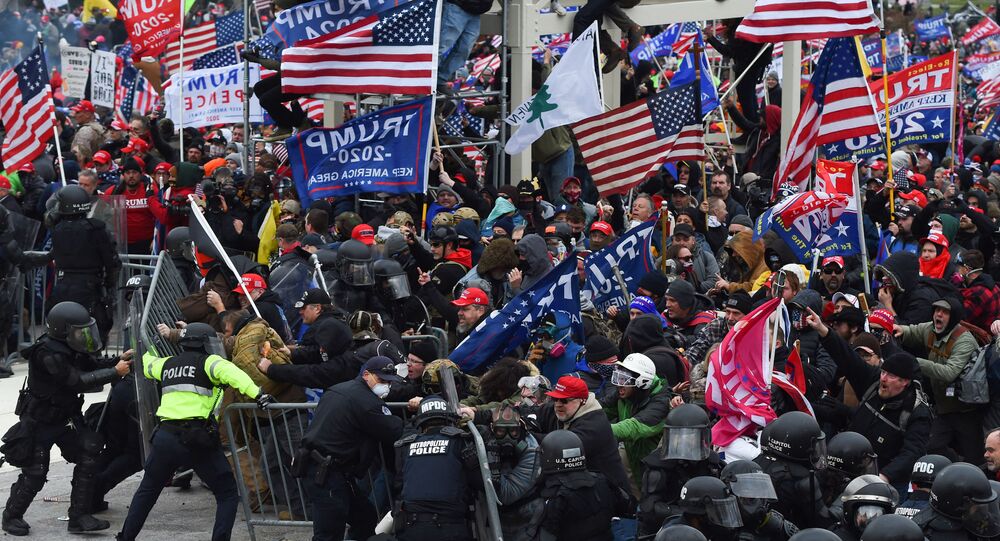 Former US President Donald Trump loyalists breached the Capitol building in Washington, DC on January 6 to protest against the Electoral College’s certification of Joe Biden as the winner of the 2020 presidential election.

The ex-girlfriend of a Pennsylvania man, Richard Michetti, who allegedly breached the US Capitol on January 6, turned him in to the authorities after he sent her videos and photos of him storming the building.

According to court documents, Michetti texted his girlfriend while on his way to Washington, DC, on January 5 to storm the Capitol and during the riot the following day.

The ex-girlfriend, who presented authorities with evidence on January 7 and helped them identify Michetti in photographs, is not identified in the court documents.

"It’s going down here we stormed the building they held us back with spray and teargas and paintballs,” Michetti texted his ex-girlfriend on January 6, the court documents reveal. In one of his text messages, Michetti called his ex-girlfriend a “moron” for not believing the election was stolen.

In addition to the text messages, Michetti also sent two videos to his ex-girlfriend that show him both outside the Capitol and inside the building.

Michetti is being charged with entering a restricted building, violent entry and disorderly conduct on Capitol grounds and obstruction of Congress. If convicted, Michetti could face 20 years behind bars.

Since the Capitol riots, which left five dead, authorities have arrested more than 200 people connected to the breach. The US Department of Justice (DoJ) is currently working to bring sedition and conspiracy charges against some of the rioters who stormed the Capitol, Michael Sherwin, the acting US attorney for Washington, DC revealed in January.