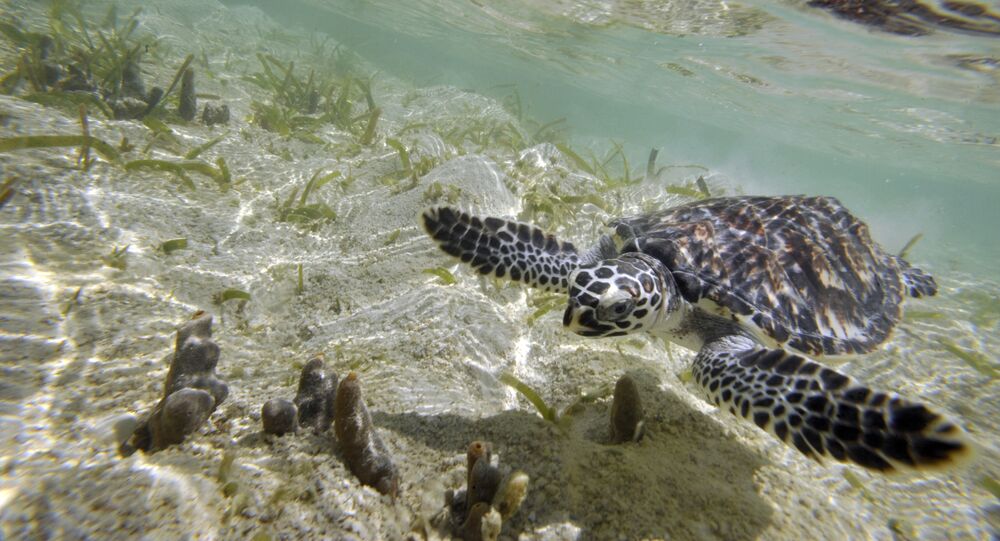 The emulsion colloid of olive oil in vinegar is being used to break down the thick black tar which has lined the creatures’ throats.

Staffers at the Israeli Sea Turtle Rescue Center are feeding turtles mayonnaise as the reptiles’ tracheas have been filled with tar after an oil spill, which has been described as one of the country’s worst ecological disasters.

© REUTERS / AZIZ TAHER
As Israel Tackles Biggest Oil Spill in Recent Years, Expert Says The Cleanup Will Be Challenging
This is just one of the many consequences of the major oil spill which devastated the Mediterranean sea earlier this week and forced local authorities to shut beaches.

The way Israeli rescuers have been treating animals is rather surprising, though effective and safe.

“We continue to feed them substances such as mayonnaise, which practically cleans the system and breaks down the tar,” Guy Ivgy, a medical assistant at the rescue centre in Mikhmoret, told AP.

If the treatment continues as planned, 11 turtles will be released back to the sea in two weeks.

The government is now investigating the cause of one of the biggest oil spills in years. Although researchers anticipate the eco-system to heal itself, the outcome of the spill will probably have a bigger effect.