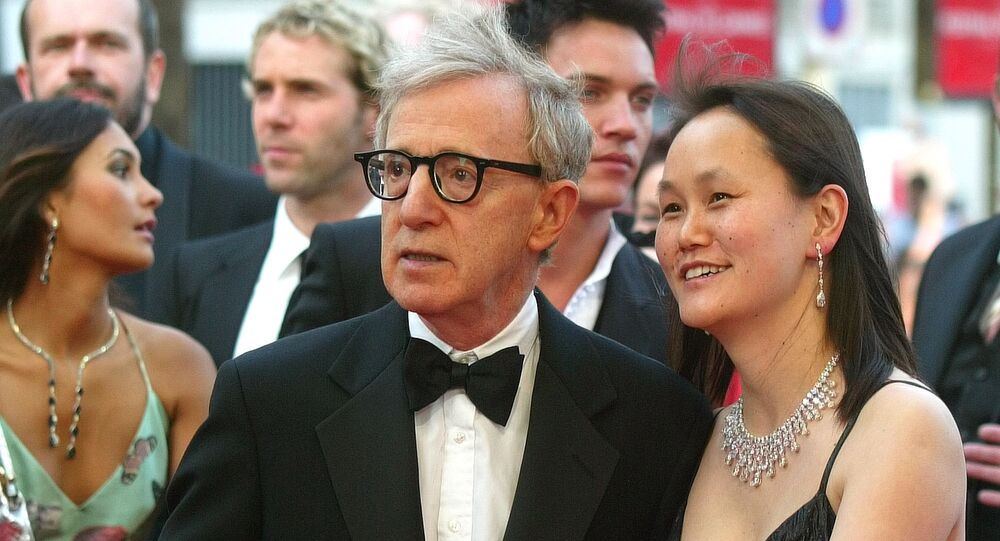 Allen v Farrow includes testimony from Dylan Farrow, who has accused her stepfather, American cinema icon Woody Allen, of sexually abusing her in the 1990s. The HBO docuseries also includes interviews with her mother, Mia Farrow, her brother Ronan Farrow, and family friends.

A representative for Woody Allen, 85, and his wife, Soon-Yi Previn, 50, criticized documentary-makers after the airing of the first episode of a four-part docuseries, Allen v. Farrow, which explores allegations that he sexually abused his daughter, Dylan Farrow.

“These documentarians had no interest in the truth”,  the statement provided to The Hollywood Reporter read, further charging:

“Instead, they spent years surreptitiously collaborating with the Farrows and their enablers to put together a hatchet job riddled with falsehoods”.

Speaking on behalf of the embattled couple, their representative claimed that the allegations are “categorically false”, as it “has been known for decades” and as proved by a string of investigations.

Allen claims he and his wife were approached about the documentary on short notice – less than two months prior to its debut and given only “a matter of days” to respond. Producer Amy Herdy claimed that she had reached out to the famed director’s representative as early as June 2018 but “got crickets back”, Variety cited her as stating.

The couple also suggests that business ties between HBO, which produced the docuseries, and Allen’s estranged son, Ronan Farrow, are a cue that the documentary is biased.

“It is sadly unsurprising that the network to air this is HBO - which has a standing production deal and business relationship with Ronan Farrow”, the statement reads, suggesting that while the “shoddy hit piece may gain attention”, it doesn’t “change the facts”.

Ronan Farrow, a prominent journalist with The New Yorker who won a Pulitzer Prize for his work revealing sexual assault allegations against directing mogul Harvey Weinstein, clinched a multi-film production deal with HBO in 2018.

Dylan Farrow issued a statement following the release of the first episode of the Allen v Farrow docuseries.

“Thank you to everyone for their kind words, the outpouring of support means more to me than I can say”, she began a tweet, continuing:

“Speaking the truth is so difficult, but I hope any fellow survivors who watched last night know they are not alone. The truth is something that cannot be changed”.

The documentary, by Kirby Dick and Amy Ziering, is said to have been based on interviews, albeit not with Allen himself, and never-before-seen footage of the family in the years leading up to the famed director’s bitter split with his ex-wife, Mia Farrow, and marriage to Farrow’s adopted daughter.

Dylan Farrow accused her stepfather of sexually abusing her almost three decades ago, when she was seven – an allegation the award-winning film director has consistently denied. Authorities in Connecticut and New York have reportedly looked into the claims and opted not to prosecute Allen.