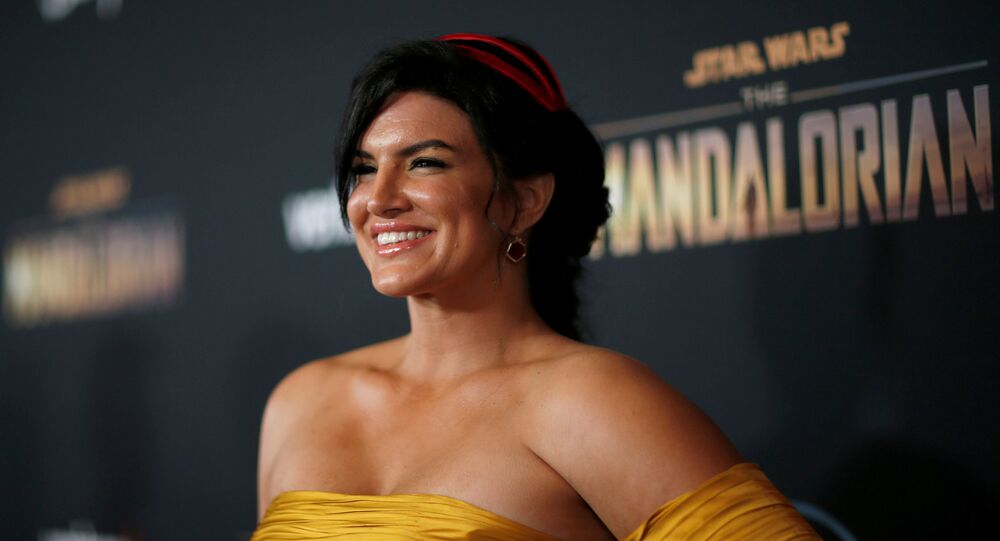 The controversial social media publication cost The Mandalorian star her job with Disney, as its subsidiary Lucasfilm deemed the post "abhorrent and unacceptable".

US actress Gina Carano has asserted that her contentious social media post drew no comparisons between the sufferings of the Jewish people during the Holocaust and the alienation endured by the Republican Party and US conservatives.

In her first big interview following her scandalous departure from The Mandalorian, Carano contended that the intention of the post was to unify, not divide people.

"When I posted that it wasn’t something that I felt was controversial. It was something that I thought, well, maybe all of us need to ask ourselves how that happened", the actress told Ben Shapiro. "I’ve got every single big publication saying she’s comparing conservatives and Republicans to this and that’s not really what I was doing… I have love for everyone, I’m not a hateful person."

Her original stories on Instagram, that eventually got her fired, appeared to have likened hatred toward people with different political views in the US to the experiences of Jews in Nazi Germany.

“Jews were beaten in the streets, not by Nazi soldiers but by their neighbours... even by children... Because history is edited, most people today don’t realise that to get to the point where Nazi soldiers could easily round up thousands of Jews, the government first made their own neighbours hate them simply for being Jews. How is that any different from hating someone for their political views?”, the post read.

Lucasfilm studio parted ways with Carano, known for her role as Cara Dune in "The Mandalorian", earlier this month following a plethora of calls on social media to fire her over the controversial post.