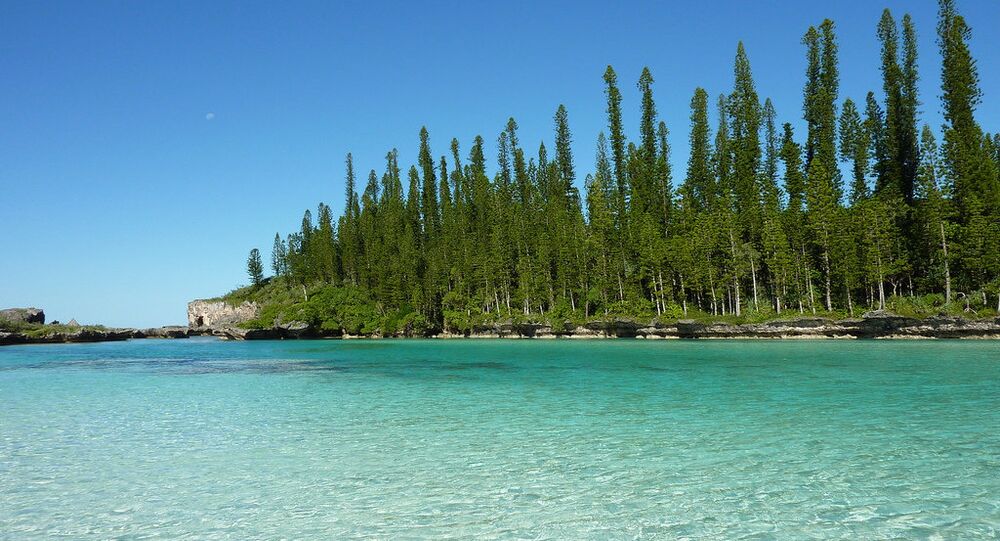 Although the sight might raise eyebrows, Joleen Vultaggio quickly moved to save the geotag before sharing it with other Google Earth fans, should they decide to check for themselves if there really is such an unfortunately-shaped landmass on our planet.

Google Earth enthusiast Joleen Vultaggio from Detroit, Michigan, was checking a number of locations on the online map of the world, when she stumbled upon a curiously-shaped island. The landmass sticking out in the middle of the Pacific looked strikingly “like a man’s parts".

“I had to drop the pin on the map right away, so people know I didn't just stick that image through Photoshop or create it myself”, Ms Vultaggio, a mother of three, recounted, as cited by the Daily Mail. She said she rushed to mark the location and share it with other users of the Google Earth app, so that those interested could pull up the coordinates and see “it with their own eyes that it's physically there and it really does look like one”.

The oddly-shaped island appears to lie within the tropical Trinity Islands off the coast of New Caledonia, a French territory in the southwest Pacific Ocean, south of Vanuatu.

Whatever the case, Joleen is unsure whether her virtual find will be as fascinating to the rest of the world as it is to her personally, judging by her kids’ reactions.

“My kids think I'm nuts sometimes when I show them things, so I haven't shown them this. They'd probably laugh though and give me an eye roll”, the woman shared.