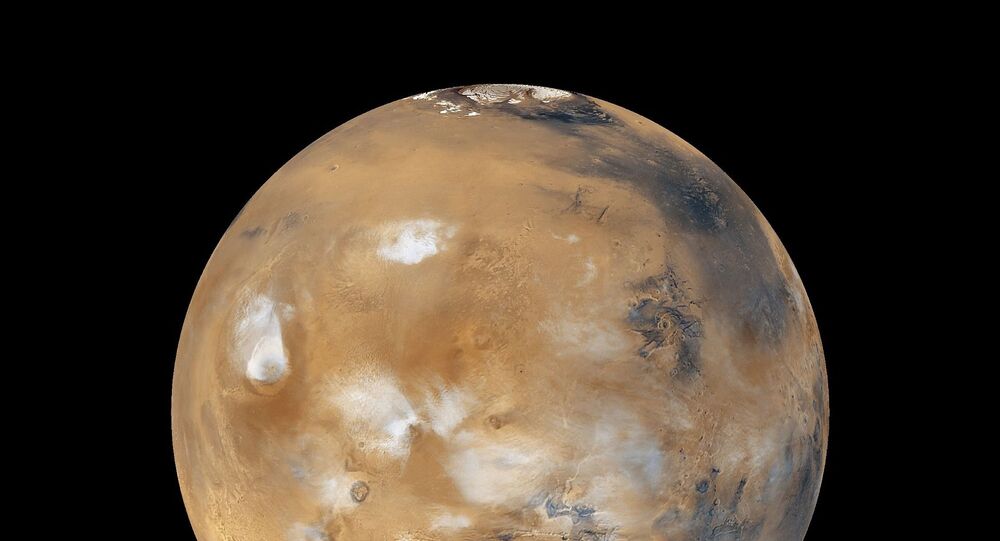 Mars is known to be home to powerful dust storms, which can last for months, posing danger to any human missions aiming to land on the cold red planet. New research has attempted to explain what the hazards actually stem from.

Mars has long attracted the attention of both scientists and potential space travellers, but new research data from on board NASA spacecraft shows that gravity waves originating from the planet are making it more and more incompatible with life as time passes, The Academic Times reported, citing research recently published in the journal Geophysical Research Letters.

Scientists have found that as Mars is home to lengthy dust storms, the latter may play a bad trick on potential settlers, as they could cause the planet to give off gravity waves.

Such a discharge could further lead to Mars’ atmosphere leaking gas into outer space, which doesn’t bode well for human missions.

The research centres on an analysis of carbon dioxide density that attempted to draw a line between gravity waves and atmospheric loss. The study suggests that Mars has been steadily losing carbon dioxide that could otherwise significantly warm up the cold planet, which was found to have once been warm and wet.

Lead researcher, Associate Professor Erdal Yiğit, George Mason University, told The Academic Times that this atmospheric loss “could have had a great impact on climate evolution on Mars over very large time scales ... millions of years, and it could have been responsible for the current dry and cold situation”.

The researchers looked into not only how the planet-blanketing dust storms cause atmospheric loss, based on real-time satellite estimates, but also if they could account for the orange-red colour of Mars, the fourth planet from the Sun in the Solar System.

“In the images, you can see that if there’s a dust storm, the planet is completely orange, very orange”, Yiğit commented, adding:

“If there's no dust storm, you'll see the surface [of Mars] from the space telescopes”.

Apart from answering numerous crucial questions, the research has raised new ones – including on details about the physical process depicted in the research, like how the phenomenon of atmospheric escape occurs or what this could mean for the Martian thermosphere in years to come.

“This paper opened a box of worms”, Yiğit said. “I'm confident there will be new discoveries about this”.

This week was marked by a truly historic event with regard to Mars exploration, as NASA's Perseverance rover touched down on the planet on Thursday, finalising a nearly 300-million-mile journey through space as part of a mission to look for evidence of long-sought extra-terrestrial life.

The 2,260-pound rover, NASA’s most sophisticated robot to ever be sent to the red planet, landed in the Jezero Crater, one of the most dangerous landing sites picked by NASA officials to date, as it’s dotted with numerous sharp rocks, boulders, and hazardous cliffs.