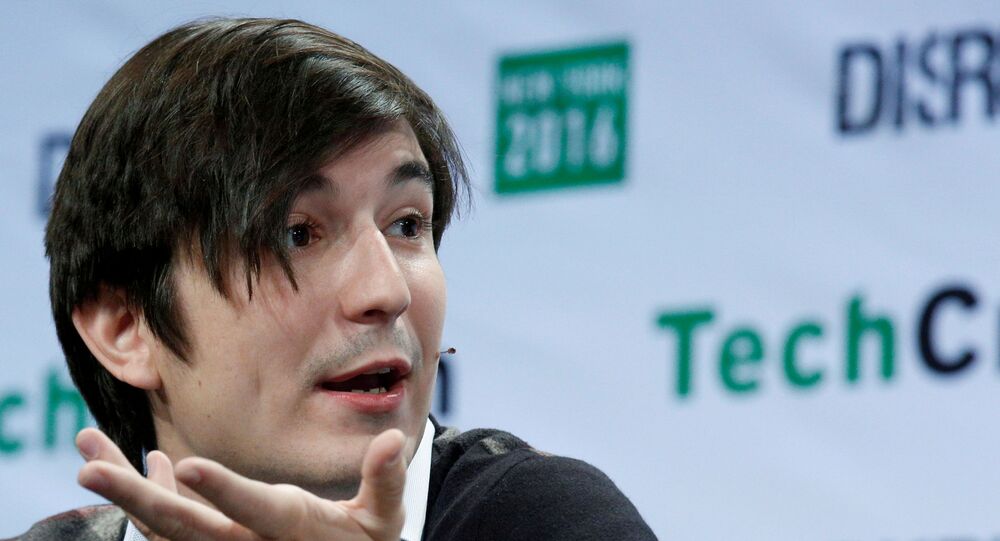 During a House hearing Thursday, Robinhood CEO Vlad Tenev apologized at a House hearing for his company’s decision to temporarily restrict stock purchases of GameStop and other shorted stocks, a decision that was met with significant backlash and the launch of investigations by several congressional committees.

"Look, I'm sorry for what happened. I apologize, and I'm not going to say that Robinhood did everything perfect ... Robinhood as an organization will learn from this, and improve, to make sure it doesn't happen again,” Tenev explained.

In February, Tenev revealed that Robinhood restricted trading after facing pressure from the National Securities Clearing Corporation (NSCC), an organization that settles stock trades between brokers.

During an interview with Elon Musk at the time, Tenev explained that Robinhood is required to deposit money with the NSCC based on several factors, including volatility of trading activity.

When GameStop’s market value surged, Robinhood received a request from the NSCC for around $3 billion deposit, a much larger than usual deposit. In response to the NSCC’s deposit request, Robinhood temporarily blocked traders from buying GameStop shares, Tenev explained.

During the Thursday hearing, Tenev also reaffirmed previous statements that the company did not have liquidity problems, which some have cited as the rationale behind Robinhood’s decision to restrict trading.

In addition, he explained that Robinhood raised more than $3.4 billion in a few days to reinforce its balance sheet and reduce some of the restrictions.

“That additional capital … was entirely to prepare for a future, even greater ‘black swan event’ and to unrestrict on the trading and buying of these securities. The $3.4 billion we raised I think goes a long way in cushioning the firm for future market volatility and other similar ‘black swan event.’”

© REUTERS / BRENDAN MCDERMID
Parents Sue Robinhood After Their Son Suicide For Believing He Owed Hundreds of Thousands to Company
“Black swan event” is a metaphor used to describe events that come as a surprise and have a major effect.

When asked if Robinhood was pressured by hedge funds to halt trading, Tenev responded: "We don't answer to hedge funds.”

During the hearing, Tenev also faced questions from Rep. Emmanuel Cleaver, D.-Missouri, about the death of Alex Kearns, a 20-year-old Robinhood customer who committed suicide last year after mistakenly believing he lost nearly $750,000 in a risky bet on the stock-trading app."It was a tragedy, and we went into immediate action to make sure that we made not just the most accessible options-trading product for our customers, but the safest as well," Tenev noted.

The GameStop debacle caused one of the biggest disruptions on Wall Street since the markets meltdown presaging the 2008/09 financial crisis, and could prompt the Securities and Exchange Commission to come up with laws demanding greater transparency on short selling and other trading practices.