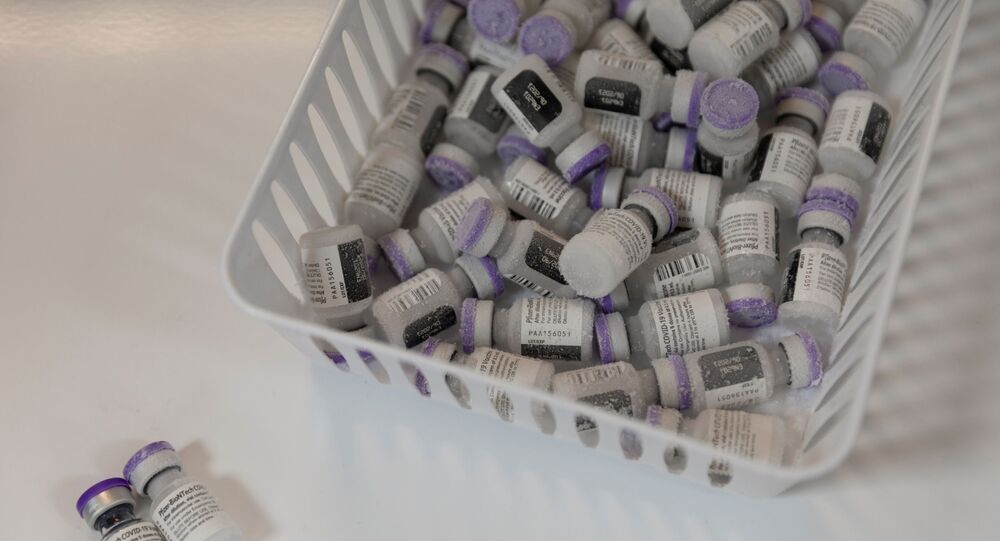 On December 11, 2020, the US Food and Drug Administration (FDA) issued the first emergency use authorization for a COVID-19 vaccine produced by Pfizer and BioNTech. The vaccine shows efficacy of 85% at preventing COVID-19 infection after two doses.

The second dose of Pfizer Inc’s COVID-19 vaccine should be delayed until all priority groups are immunized since the first dose is very protective against SARS-CoV-2, the virus that causes COVID-19, two Canada-based researchers, Danuta Skowronski and Gaston De Serres, said in a letter published in the New England Journal of Medicine.

Based on an analysis of documents submitted by Pfizer to the US Food and Drug Administration (FDA), the vaccine, known as BNT162b2, appeared to have an efficacy of 92.6% after the first dose.

“Even before the second dose, BNT162b2 was highly efficacious, with a vaccine efficacy of 92.6%, a finding similar to the first-dose efficacy of 92.1% reported for the mRNA-1273 vaccine (Moderna),” the report states, comparing the Pfizer’s vaccine efficacy to that of Moderna. The Moderna vaccine, developed by the US biotechnology company of the same name, received emergency use FDA authorization in December.

Given the small increase in efficacy between the first and second dose, the researchers argued that “the benefits derived from a scarce supply of vaccine could be maximized by deferring second doses until all priority group members are offered at least one dose.”

The authors admitted that even though there “may be uncertainty about the duration of protection with a single dose,” the second dose just three weeks after the first dose “provides little added benefit in the short term, while high-risk persons who could have received a first dose with that vaccine supply are left completely unprotected.”

The New England Journal of Medicine also published Pfizer’s response to the letter, in which the pharmaceutical company noted that “alternative dosing regimens” have not been thoroughly studied.

However, not all experts are in agreement on dosing regimens, with Dr. Anthony Fauci, the director of the National Institute of Allergy and Infectious Diseases, stating on NBC’s “Meet the Press” on Sunday that he disagreed with delaying second doses.

“But what we have right now, and what we must go with, is the scientific data that we've accumulated, and it's really very solid,” he added. “We know that with each of these it's either 21 days or 28 days. You can do both. You can get as many people in their first dose at the same time as adhering, within reason, to the timetable of the second dose.”