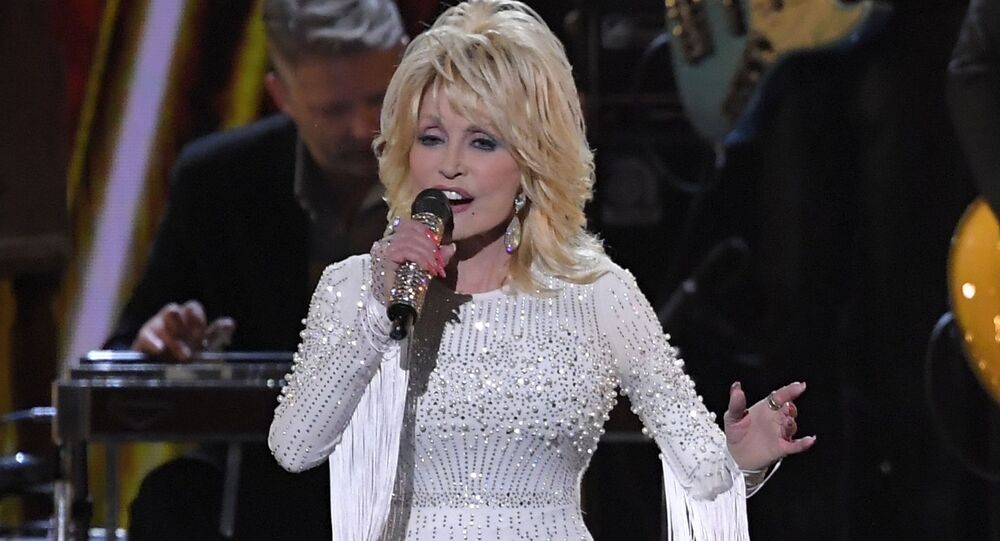 No Thanks! Dolly Parton Declines to Have Statue of Her Erected at Tennessee Capitol

Last month, state Rep. John Mark Windle (D-TN) introduced legislation to erect a statue of American singer-songwriter Dolly Parton on the grounds of the Tennessee Capitol. The initiative was put forth in an attempt to honor the musician’s multiple contributions to the state, including her decades-old initiative to help improve childhood literacy.

The Grammy-winning musician and composer revealed on Thursday that she has asked Tennessee lawmakers to abandon efforts to pass legislation that would see a statue of her placed at the Statehouse.

Parton explained in a statement that while she was grateful for the honor, she believed it was not the best time for such a project to be undertaken, presumably hinting at the US’ ongoing effort to combat the COVID-19 pandemic, among other issues.

“I am honored and humbled by their intention but I have asked the leaders of the state legislature to remove the bill from any and all consideration,” Parton wrote. “Given all that is going on in the world, I don’t think putting me on a pedestal is appropriate at this time.”

“I hope, though, that somewhere down the road several years from now or perhaps after I’m gone if you still feel I deserve it, then I’m certain I will stand proud in our great State Capitol as a grateful Tennessean,” she continued.

“In the meantime, I’ll continue to try to do good work to make this great state proud.”

Parton’s decline was quickly scooped up by netizens who urged that the “9 to 5” singer’s graceful response was even more of a reason to honor her with a statue.

Others, however, opted to cheer on Parton for being a class act.

Aside from bestowing her music to the world, Parton has been hailed within her state and abroad for her constant efforts to ensure children have access to books. In fact, the musician launched a gifting program in 1995 that has expanded from Tennessee to Canada, the UK, Australia and Ireland.

And that’s not all, folks. When the Volunteer State was engulfed in devastating wildfires in 2016, Parton put together a fundraising effort that saw some $12.5 million go to provide affected families with a path to get back on their feet.

More recently, Parton made headlines after reports surfaced detailing her hefty donation to Vanderbilt University to develop a COVID-19 vaccine. Asked about the million-dollar contribution during an interview with BBC One’s “The One Show,” Parton told presenters she “just felt so proud to have been part of that little seed money that will hopefully grow into something great and help to heal this world."

Windle’s bill, which was first introduced late last month, quickly marked a rare bipartisan moment at the Tennessee Statehouse after it was unanimously passed by the House Naming and Designating committee in early February. At the time, Windle told local station WKRN that Parton’s efforts have “been much greater than a politician or a state woman or statesman.”

“We ought to honor her while we still have her,” he underscored.

Aside from the statue bid, Parton has already twice turned down the Presidential Medal of Freedom, the nation’s highest civilian honor, when it was offered to her by former US President Donald Trump. The first offer was turned down because her husband was ill and the second because she did not want to travel amid the pandemic. Parton previously indicated she was unsure if she would accept the honor if offered by US President Joe Biden over concerns it may appear as a political move.