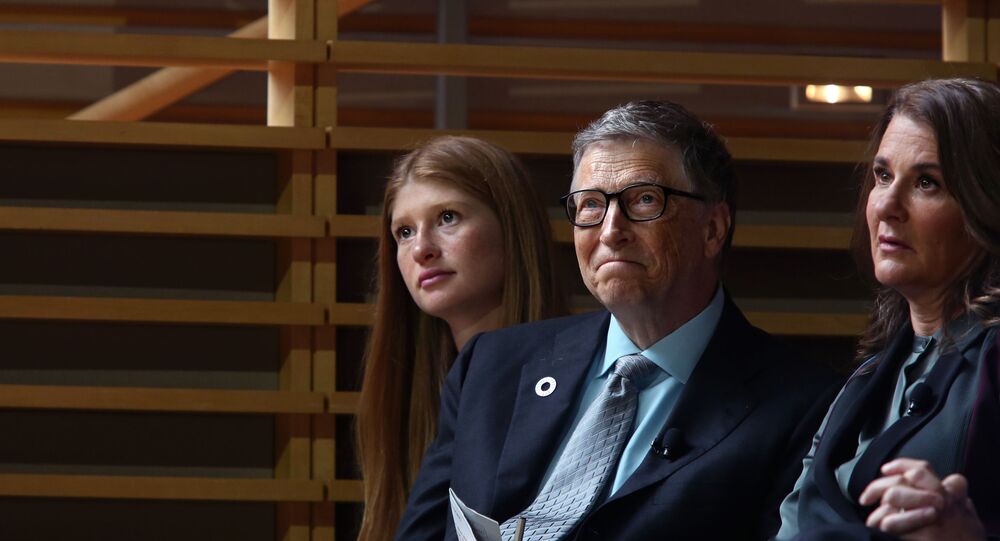 The coronavirus pandemic has spawned many wild conspiracy theories. According to one of them, the disease was deliberately created by a group of people (Gates is said to be one of them) who wanted to benefit financially from it, and control the world's population by implanting microchips when administering inoculations against COVID-19.

Bill Gates' daughter Jennifer has taken a dig at supporters of conspiracy theories and anti-vaccine activists. The 24-year-old revealed that she received a jab against coronavirus, which the young woman lamented did not include microchips.

"Sadly the vaccine did NOT implant my genius father into my brain", she wrote.

Jennifer said she was "beyond privileged" to receive the first dose of a mRNA vaccine and urged everyone to consider taking one, emphasising that the more people get vaccinated the safer communities will be.

"As a medical student and aspiring physician, I am grateful it will give me protection and safety for my future practice. I'd urge everyone to read more and strongly consider it for yourself and your families when you are provided the option", the 24-year-old wrote.

Jennifer did not reveal which vaccine she took, but given that the United States has so far only approved the inoculations developed by Pfizer-BioNTech and Moderna, the young woman received one of the two.

The daughter of the software developer was vaccinated several weeks after Bill Gates himself announced that he had received the first jab of the vaccine. Gates, who is 65, thanked scientists and frontline workers and said he felt great after getting immunised.

The Microsoft co-founder warned the world about the dangers of a pandemic way back in 2016. Speaking during a TED conference, Gates called on the international community to prepare for a major health crisis.

"NATO plays war games to check that people are well-trained and prepared. Now we need germ games. While Ebola seems to be being kept under control currently, next time we may not be so lucky", Gates told the audience.

The Bill & Melinda Gates Foundation donated $1.8 billion to research the infectious disease as well as for the development and distribution of vaccines around the world. Despite his philanthropic activity, Gates has been made the scapegoat of the coronavirus pandemic. Supporters of conspiracy theories claim the software developer plans to microchip people via coronavirus vaccines in order to control their minds.

What is the Situation With Coronavirus in the United States?

Cases have been dropping across the country in recent days, although the situation is far from optimal. On 13 February, the United States recorded more than 84,000 cases and more than 3,000 deaths. The country is the worst affected in terms of death toll (almost 500,000) and the number of infections (27.5 million).

During his inauguration Joe Biden warned that the country was entering the toughest and deadliest period of the pandemic. The Democrat said his administration won't end the outbreak during its first months, but said he would change the course of it. Biden pledged to vaccinate 100 million people in 100 days.

According to data provided by US Centres for Disease Control and Prevention, 37 million Americans have received the first dose of the coronavirus vaccine since mid-December.