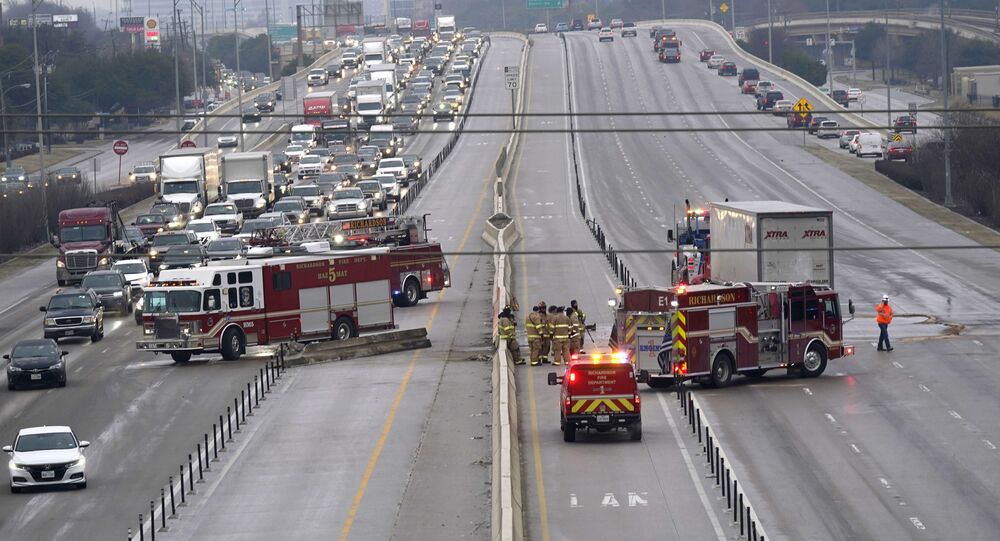 A winter storm brought freezing rain and snow to a wide swath of the US, from Texas to the mid-Atlantic, resulting in hazardous travel conditions, fatal car accidents, extensive tree damage and widespread power outages. Hazardous weather conditions are expected to continue through next week.

The storm, named Shirley by The Weather Channel, led to several fatal multi-car pileups in Ft. Worth and Austin, Texas, Thursday morning, weather.com reported. At least six people have been killed in car accidents.

“The scene we saw today is really one unlike probably any of us have ever seen and we pray to god we never see again,” Fort Worth Police Chief Neil Noakes said in a press conference late Thursday afternoon, weather.com reported.

​“It appears at this point in the investigation, which is still very preliminary, that ice was a factor,” he added.

"Texas should heed the guidance of their local leaders and stay alert to changing weather conditions in their area," Abbott said, ABC reported.

"These resources will help us respond to this severe winter weather and keep our communities safe. The State of Texas remains in close contact with officials on the ground and will provide any additional resources and support that are needed,” he added.

Tree damage has also been reported in Elliot and Hardin counties in Kentucky, with Kentucky Governor Andy Beshear announcing a state of emergency on Thursday in response to the winter storm.

​"This winter storm already is causing some very dangerous conditions across much of the state, with iced-over roadways and downed power lines putting our people at risk. This declaration will free up funding and boost coordination across agencies as we respond to this weather crisis and work to keep all Kentuckians safe,” Beshear said, LEX18 reported.

Meanwhile, flights at Memphis International Airport in Tennessee have been delayed while Indiana schools and government offices shut down in response to the storm.

Freezing rain and snow are forecast to continue across the central US over the weekend, the National Weather Service (NWS) reported Friday.

"In fact, much of the central US from the Dakotas to Texas could witness many broken daily record low max temperatures through the upcoming weekend," the agency noted.

"The expansive dome of sub-freezing temperatures across the northern tier of the country has laid the foundation for winter storms to wreak havoc from coast-to-coast not only going into this weekend, but also into next week," the NWS added.

Watch Man Build Life-Sized Ferrari Out of Snow in Lithuania

The Beast is Back: How Britain is Coping With Heavy Snow