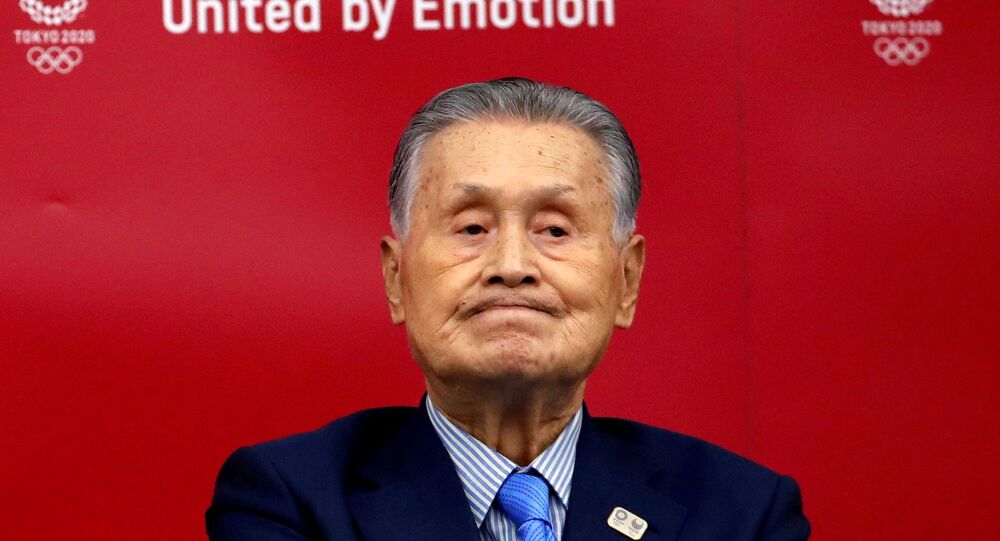 Earlier in February, the Tokyo 2020 Olympics organizing committee president, Yoshiro Mori, offered derogatory comments about his interpretation of how women talk, implying that meetings with female board directors "take a lot of time", immediately prompting a scathing wave of criticism.

Yoshiro Mori, chief of the Tokyo 2020 Olympics committee, will step down from his position, Fuju News Network reported on Wednesday, citing a person familiar with the matter.

Mori will resign due to the intense backlash he faced over sexist comments he made last week during a meeting of the Japanese Olympic Committee. Mori was quoted by media as saying that women talk too much and asserting that meetings with female board directors "take a lot of time".

"If we increase the number of female board members, we have to make sure their speaking time is restricted somewhat, they have difficulty finishing, which is annoying," Asahi Shimbun newspaper quoted Mori as saying. "We have about seven women at the organising committee but everyone understands their place".

Earlier reports indicated that, after facing condemnation and calls to resign, Mori withdrew his comments but as of 4 February had refused to resign.

When asked whether he indeed thought women talk too much, Mori reportedly responded: "I don't listen to women that much lately, so I don't know".

According to local media, Japan's Olympic Minister, Seiko Hashimoto, said that she wanted to discuss the incident thoroughly with Mori, outlining that "the Olympics' fundamental principle is to promote women's advancement in sport at all levels and organisations in order to realise gender equality".

Currently, Japan's Olympic Committee board has 24 members and five are women.

The Tokyo 2020 Olympic Games were cancelled in early 2020 due to the raging coronavirus pandemic, with Japan pledging to hold them in 2021 despite the circumstances.

‘We Will Hold the Games’: Tokyo Organizer Vows to Host Olympic Tournament ‘No Matter What’