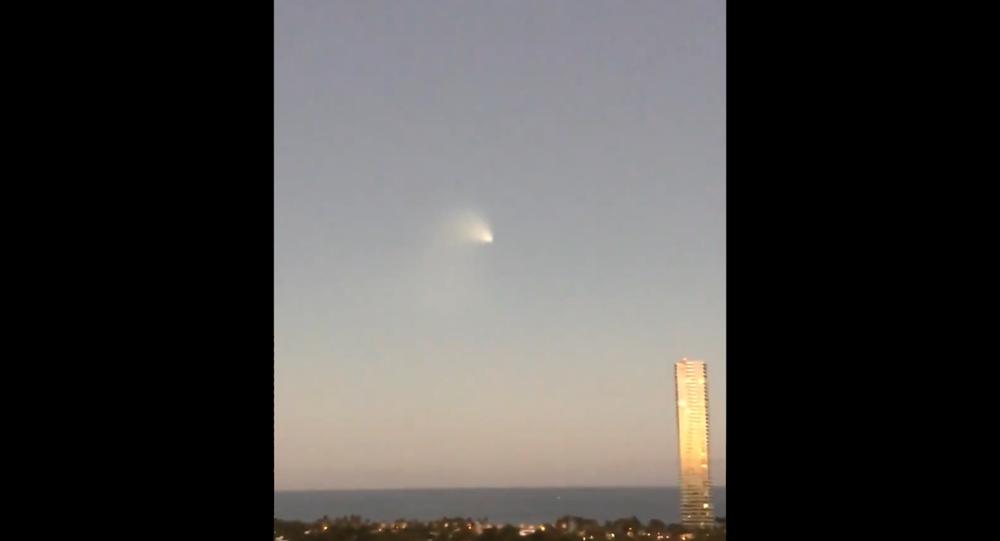 Belief in extraterrastrial life is so strong in some that they struggle to see signs of aliens everywhere. While some UFO theories still trouble the minds of not only average citizens but also scientists, other alien tokens appear to only be very basic objects.

On Tuesday, when a strange shining object appeared in the sky above Palm Beach, Florida, many state residents immediately pulled out their cameras in an apparent impulse to capture what they believed to be UFO.

Having filmed the potential alien footage, people took to Twitter to ask whether someone else in Florida happened to witness the signs of space visitors in the sky.

However, their dreams were very soon dispelled by meteorologist Zack Covey, who said that the 'UFO' was a US Navy Trident-II ballistic missile that was tested in the sky above Florida.

More spectacular photos of the #TRIDENT-II #SLBM Missile Test this evening, this time from the Turks and Caicos.

Got photos you want to share? Send them to me!

​Apparently, if it was indeed a US Navy missile test, it would be one of the most captured ones, as Floridians filmed it from many different angles.

Anyone else see this? #launch #ufo #paranormal #WestPalmBeach pic.twitter.com/gOh75jWMCO

​This is not the first time that people designate human objects as related to UFOs. Just last week, California residents were intrigued by videos showing a mysterious cigar-shaped object hovering in the sky, immediately sparking alien conspiracy theories.

Back in 2017, when a SpaceX rocket was widely mistaken for an alien craft, company CEO Elon Musk took to Twitter to have a laugh about it, rolling out a video of the rocket with the caption "Nuclear alien UFO from North Korea".