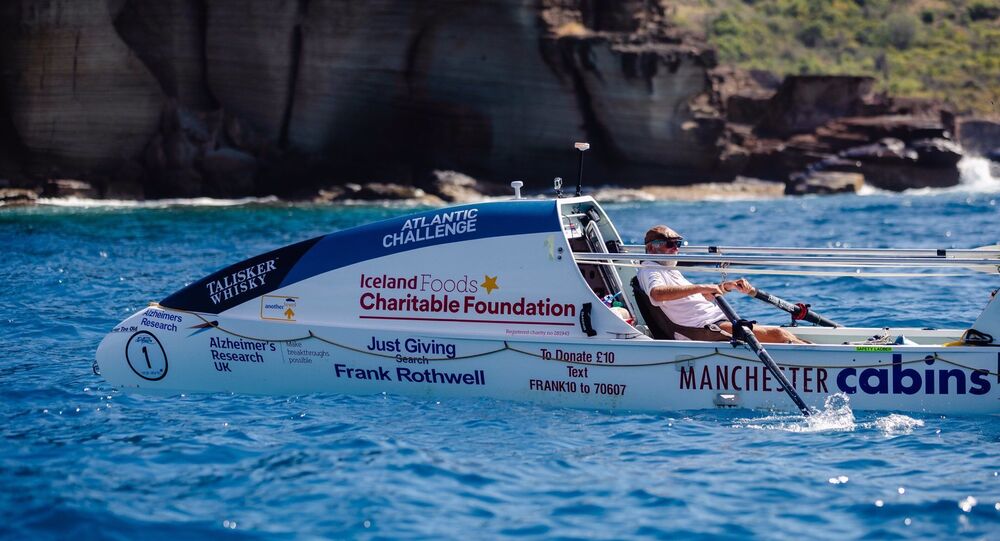 The grandfather has managed to row 3,000 miles across the Atlantic Ocean just by himself, raising more than £640,000 for charity.

A UK man has become the oldest person to row 3,000 miles across the Atlantic Ocean unassisted. By doing so, Frank Rothwell, a 70-year old man, has raised more than £640,000 ($879,000) for the dementia research charity Alzheimer’s Research UK in tribute to his brother-in-law.

Rothwell started his journey on 12 December in La Gomera – one of the main islands in the Canary Island chain – and crossed the finish line this Saturday in Antigua in the Caribbean.

The man says that when he finished the journey, he had a “completely euphoric moment”:

“I felt quite emotional approaching the finish. It took six long weeks to row the Atlantic, but the challenge itself has taken over 18 months of training and preparation, so I’m very proud of what I’ve achieved and the unbelievable journey I’ve been on.”

Rothwell further thanked everyone who made donations and sent him messages of support: “While rowing, I received heartbreaking messages from people who have had similar experiences to my own, with my brother-in-law, Roger, so I hope I’ve helped other families in some way too.”

Alzheimer’s disease is a progressive memory disorder that slowly and irreversibly breaks down the connections between nerve cells. According to the WHO, about 50 million people globally were suffering from dementia in 2019.