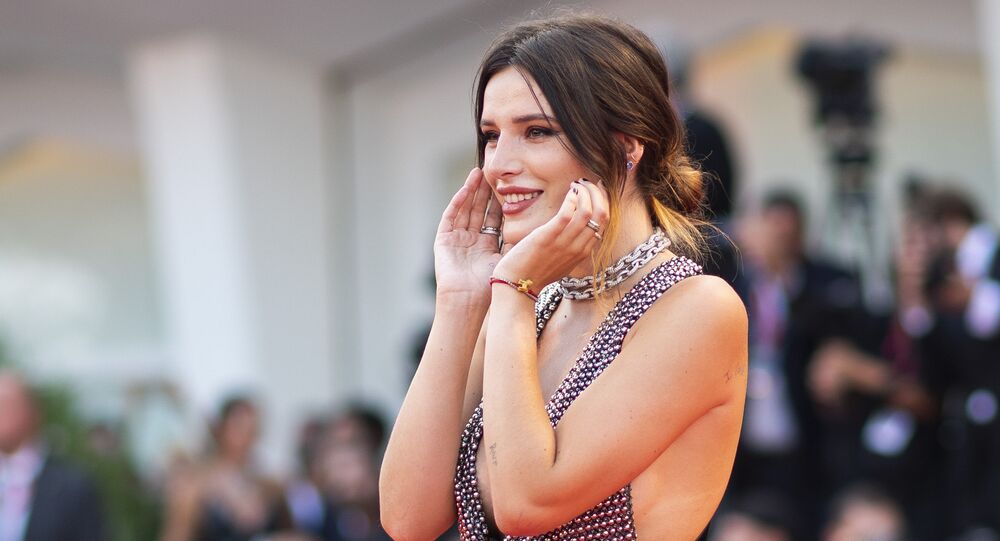 It seems that the ex-Disney charmer has still not had enough of her OnlyFans drama. Back in August, Thorne was accused of bringing down the earnings of sex workers on the platform after she joined the adult content-featuring website and broke OnlyFans records by cashing in more than $1 million in a day.

Bella Thorne has no limit when it comes to stirring controversy. As the clamour around her scandalous appearance on OnlyFans has seemingly died down, the "Shake It Up" star has again drawn attention to her page with a series of shameless bra-only snaps posted on her Instagram.

“Girl next door or baddie next door”, Thorne captioned the series, in which she captured herself gradually ditching her dark top to reveal a black-and-white lace bra.

The actress told her 23.4 million followers that the rest of the shots in the seductive sequence could be checked out via “that secrete [sic] link” in her bio. No surprise – the link was a gateway to her OnlyFans page.

Most of her followers were pleased with Thorne’s bait, but for many the invitation may have appeared a little too controversial: the 23-year-old was slammed last summer for significantly hurting the sex worker industry with her appearance on the platform.

Thorne decided to charge her “clients” $200 for her arousing content and pulled in over $1 million just 24 hours after she made an advert for her OnlyFans presence. The actress, however, was later accused of a scam – eager viewers said that there was nothing revealing about the content she provided in comparison to what was initially promised.

OnlyFans responded by setting a 100-dollar cap on tips for content-creators and limiting the price of “exclusive content” to $50 – albeit they never openly linked the policy change to Thorne’s exercises on the platform.

But the "Midnight Sun" actress was ready to take the blame:

“I wanted to bring attention to the site, the more people on the site the more likely of a chance to normalize the stigmas, and in trying to do this I hurt you”, she said back in August.

Now it looks like she is living up to the task – plus it's good money.