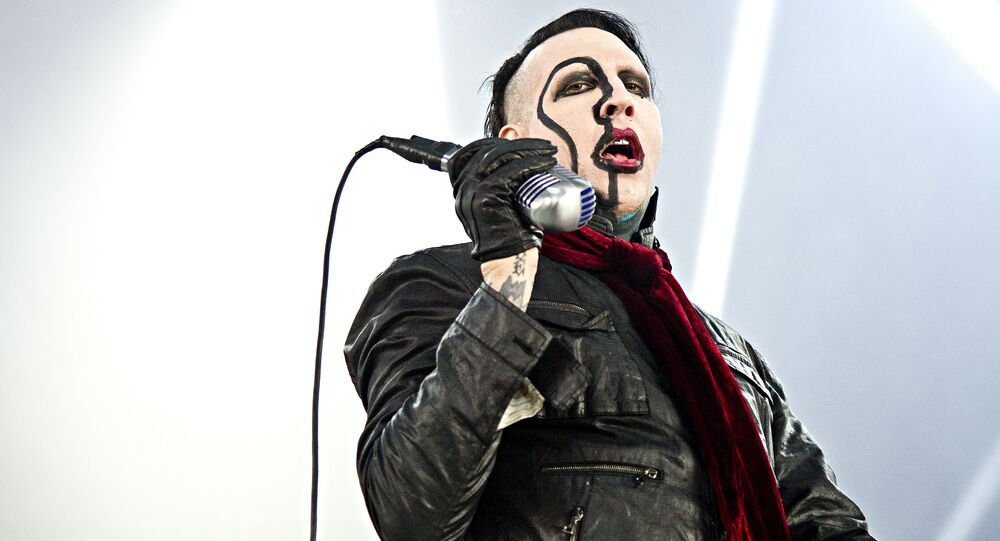 A week before the actress came forward with accusations of abuse California State Senator Susan Rubio sent a request to start an investigation into claims made by other women against Manson. No investigation has been launched so far.

Actress Evan Rachel Wood has claimed Marilyn Manson hurled anti-Semitic slurs at her and drew swastikas on her bedside table when he was mad. The 33-year-old posted a series of stories on Instagram in which she provided new details of her relationship with the singer. The woman said Manson, real name Brian Warner, called her "Jew" in a derogatory manner and told her that it was "better" that her mother, who converted to Judaism, wasn't of Jewish descent because that meant that Wood wasn't "blood jewish".

The actress said she heard the rock star used the n-word "over and over", noting that everyone around the musician was expected to laugh and join in. Those who didn't or criticised Manson were singled out and abused.

"I have never been more scared in my life", wrote the actress in her Instagram story.

"We weren't having sexual intercourse when I was being tortured, before or after. I thought I was going to die the entire time", she wrote on Instagram.

In addition, the actress shared pictures of Manson's tattoos, which Wood claims are Nazi symbols. One of them is a skull and crossbones symbol, similar to that used by one SS division. The other is a swastika made out of the letter M. The actress said the singer didn't have these tattoos when she was dating him.

Accusations From Other Women & Potential Investigation

Since Wood made the allegations against the rock star, 10 women have also come forward with accusations. One of them, model Ashley Lindsay Morgan said Manson did not allow her to "eat, or sleep, or leave" his house. She also said the singer asked her to bring Nazi memorabilia from her trip to Thailand.

"He wanted everything I could find…I brought him swastika throwing stars, knives, rings, it felt so wrong because I was Jewish. He said he only dates Jewish girls, and it was a joke between us", Ashley Lindsay Morgan wrote in her post.

Musician Chloe Black too said Manson hurled anti-Semitic abuse at her and "belittled" her for listening to "black people music".

Manson has only responded to the allegations made by Evan Rachel Wood calling them "horrible distortions of reality". A week before Wood came forward California State Senator Susan Rubio sent a letter to the Federal Bureau of Investigation and Attorney General Wilkinson asking to start an investigation into Manson citing claims from women the singer reportedly abused.

Rubio's office declined to reveal how the senator learned about the purported abuse before all 11 women came forward with accusations.

On 5 February, Wood posted a screenshot of a letter sent by New York State Senator Kevin Parker asking Attorney General Robert M. Wilkinson to begin an investigation into the accusations made against Manson.

So far no investigation has been launched.