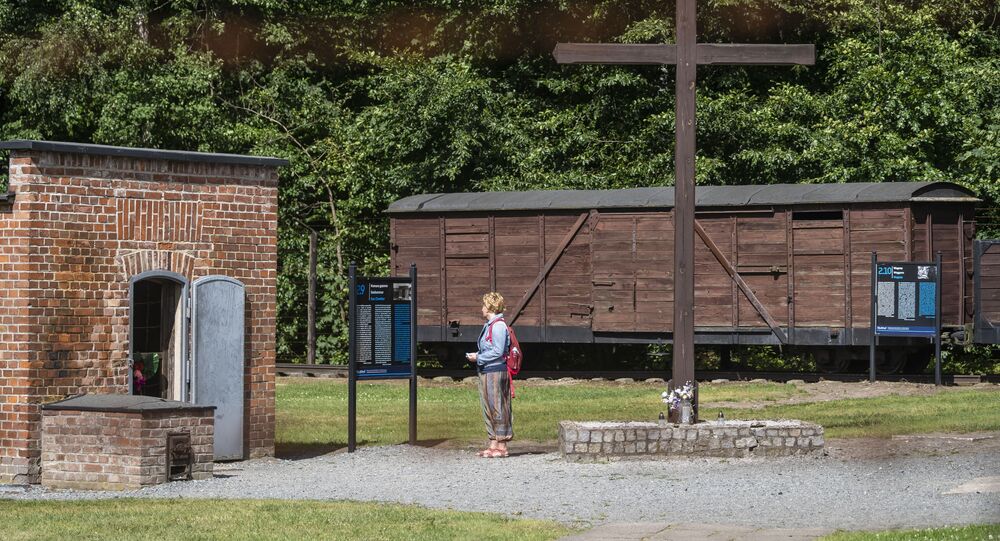 Stutthof, founded in 1939 near the city of Gdansk, Poland, and in operation until Soviet troops freed the prisoners in May 1945, was regarded as an especially brutal camp. Prisoners there died of starvation, sickness, and execution by lethal injection or the gas chamber.

An elderly woman who served as an aide to a Nazi death camp commandant at Stutthof has been charged for her role in the crimes against humanity committed during the Second World War, the BBC reported Friday.

The woman, reportedly identified as Irmgard F, worked at the Stutthof camp, where it is estimated that up to 65,000 people were killed during the Third Reich's occupation of Poland (some sources claim up to 85,000 murders). Prosecutors are accusing her in connection with "aiding and abetting murder in more than 10,000 cases".

The indictment reportedly says that between June 1943 and April 1945, the woman "assisted those responsible at the camp in the systematic killing of Jewish prisoners, Polish partisans, and Soviet Russian prisoners of war, in her function as a stenographer and secretary to the camp commandant" SS Obersturmbannfuhrer (lieutenant colonel) Paul-Werner Hoppe.

Prosecutors began to examine Irmgard F's SS past in 2016. They also questioned Stutthof survivors, some of whom are currently living in Israel.

She is being charged as a minor because she was under 21 at the time of the crimes. The Schleswig-Holstein juvenile court must now determine whether or not the 95-year-old will stand trial.

The woman reportedly claimed that during her time at the camp, she did not know people were being gassed.

Last year, Bruno Dey, now 93, a former Stutthof guard, was given a two-year suspended prison term for his involvement in mass murder. It is considered to be one of the last trials of the Nazi period, as both survivors and offenders are very old, and their memories are failing in some instances.

© AP Photo / Fabian Bimmer
The 93-year-old German Bruno D., accused of being an SS guard involved in killings of thousands of prisoners, many of them Jewish, between August 1944 and April 1945 in the Stutthof Nazi concentration camp near Gdansk of Poland, leaves a court room after the announcement of his verdict in Hamburg, Germany July 23, 2020.

At the height of the atrocious Nazi Holocaust machine, a total of approximately 100,000 people were imprisoned at the camp.

Its commandant Hoppe fled a British internment camp, where he was awaiting trial in Poland. He settled in Switzerland, where he worked under a false identity as a landscape gardener before returning to West Germany and receiving a 9-year sentence as an accomplice to murder. He reportedly died as a free man after being released from prison.