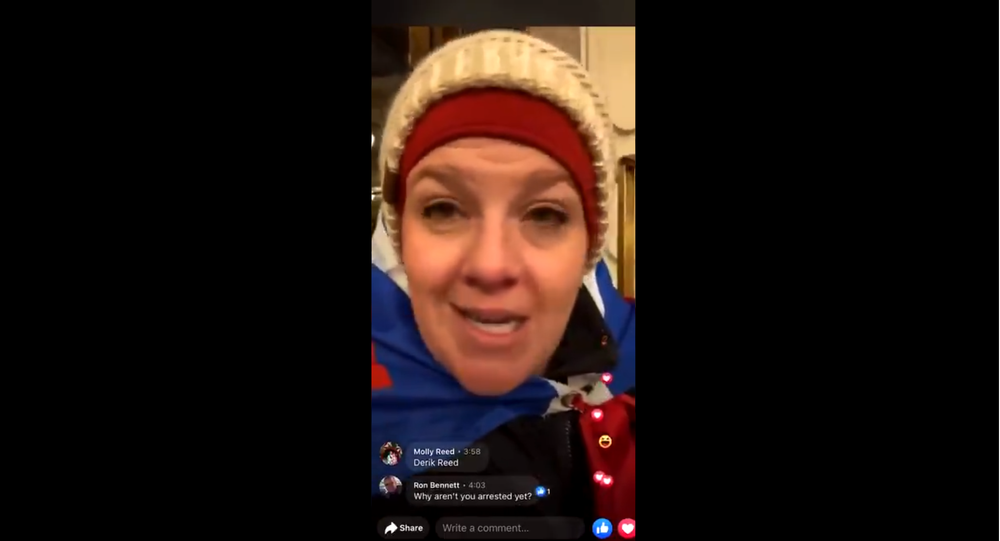 Jenny Louise Cudd, a resident of Midland, Texas, was one among hundreds who stormed the US Capitol on January 6; however, she soon enough became a face of the insurrection after she opted to launch a livestream in which she bragged about being part of the “new revolution.”

A federal judge on Friday issued an order granting Cudd permission to partake in a prepaid “work-related bonding trip” with her colleagues and their spouses to Riviera Maya, Mexico, that’s scheduled for mid-February.

US District Judge Trevor McFadden noted in a Friday decision that the request had been granted on the grounds that Cudd had no history of a criminal record, and that there was no evidence showing she was either a flight risk or a danger to others.

Additionally, it was noted in McFadden’s decision that neither Cudd’s pretrial service officer nor lawyers representing the US government were opposed to the trip.

Cudd’s lawyers had initially submitted a request to the court in a Monday court filing that highlighted she had no previous criminal history and had remained in contact with both her lawyer and pretrial officer.

The Texas flower shop owner was one of many who became the face of the deadly insurrection which claimed the lives of three police officers. Cudd infamously livestreamed herself via Facebook and was seen walking through the Capitol grounds, telling viewers that she and others broke “down [House Speaker] Nancy Pelosi’s office door and someone stole her gavel.”

Cudd was ultimately arrested by the FBI days after the riot and charged with entering and remaining on restricted grounds and violent entry or disorderly conduct. The Texas resident was later released on bond on January 21, with the judge ordering her to keep away from the nation’s capital unless it’s for meetings with her lawyer or for court appearances.

The latest development tied to the Capitol riot came after Jacob Chansley, who also became one of the faces of the siege as the “QAnon Shaman,” was transferred to a Virginia facility so that he could be provided with organic food that aligned with his strict, shamanic diet.

US Priest Under Fire for Performing ‘Exorcism’ on Capitol During Riots