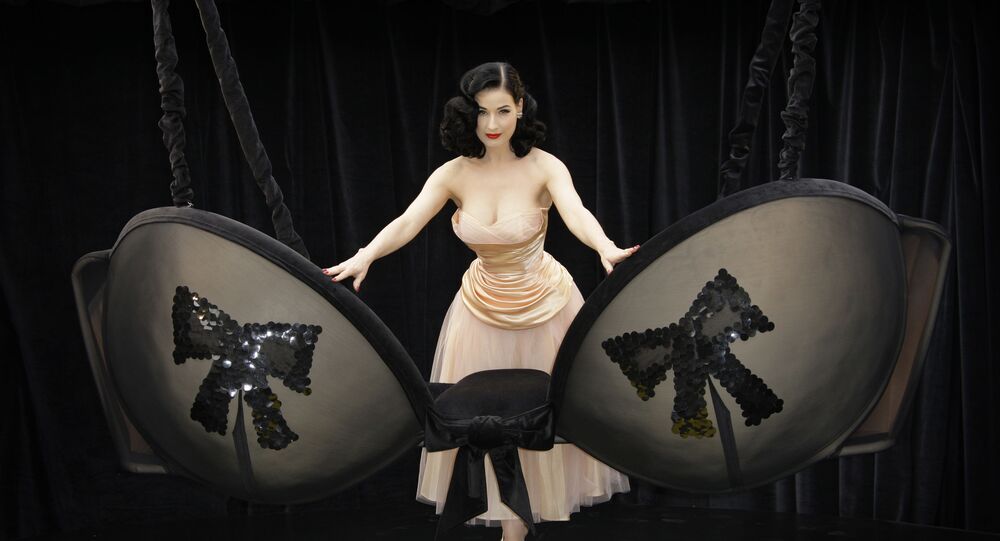 Evan Rachel Wood, who famously starred as the sentient android Dolores in the HBO series "Westworld", on Monday indicated that the metal singer had abused her all the way through their years-long relationship, something denied by Marilyn Manson, whose real name is Brian Warner, as lies.

Burlesque artist Dita Von Teese has responded to allegations of abuse directed against her ex-husband, Marilyn Manson, by American actress Evan Rachel Wood among an array of other accusers.

Von Teese came up with a statement Wednesday, issuing a word of support for the allegedly abused women while sharing her own – arguably more positive, in a way – experience:

"Please know that the details made public do not match my personal experience during our 7 years together as a couple", the performer wrote.

"Had they, I would not have married him ... I left 12 months later due to infidelity and drug abuse", she went on to reveal.

She added that "abuse of any kind has no place in any relationship", urging others to wake up to the abuse if it had really occurred and "take steps to heal and the strength to fully realise yourself".

Days earlier, Wood portrayed Manson as her alleged abuser, setting herself a goal to "expose this dangerous man and call out the many industries that have enabled him, before he ruins any more lives".

The "Westworld" star and Manson are known to have publicly began dating in 2007, when she was 19. The actress is 18 years younger than her former partner.

"He started grooming me when I was a teenager and horrifically abused me for years", the actress posted Monday on social media, lamenting about having been "brainwashed and manipulated into submission".

"I am done living in fear of retaliation, slander, or blackmail. ... I stand with the many victims who will no longer be silent", Wood charged.

Among a string of others who have of late come forward with accusations against Manson (real name Brian Warner) are Ashley Lindsay Morgan, Ashley Walters, and Charlyne Yi.

Although the singer denied the allegations as "horrible distortions of reality", the scandal has led to him being dropped by his record label CAA, as well as being removed from his upcoming appearance in the drama series "American Gods".

Amid the accusations, the public widely chewed over Manson's 2009 sit-down with Spin magazine, during which he shared he had told Wood that she was to blame for his physically harming himself at the time of their split-up, adding his hit song "I Want to Kill You Like They Do in the Movies" was about him fantasizing "every day about smashing her skull in with a sledgehammer".

In a subsequent statement to the music blog Metal Hammer, Manson's team brought up the interview, claiming that "the comments in Spin where Manson had a fantasy of using a sledgehammer on Evan and he cut himself 158 times was obviously a theatrical rock star interview promoting a new record, and not a factual account".