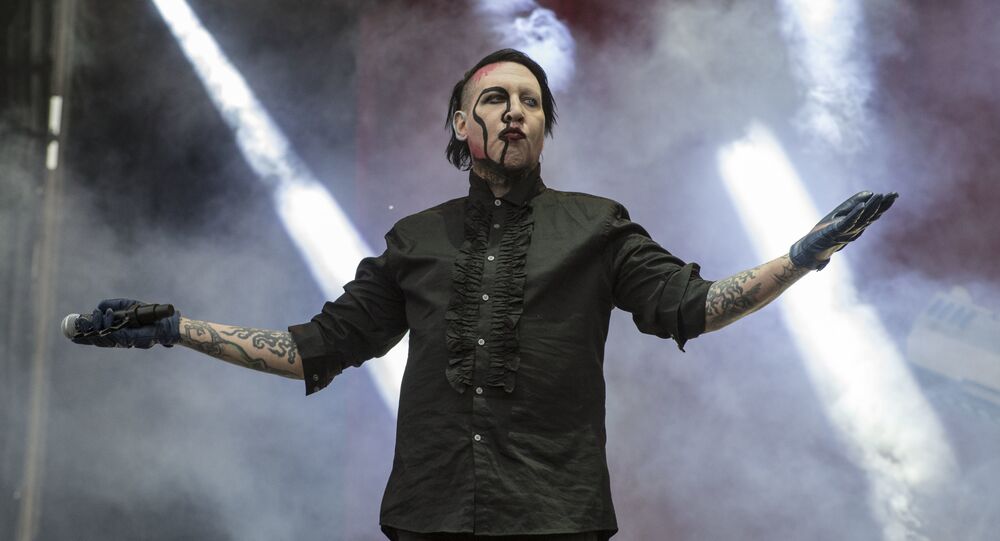 Her statement came hours after police in Los Angeles arrived at Manson’s home following a call from a friend of the singer who told law enforcement officers he hadn't been able to get in touch with Manson for several hours. An LAPD spokesman said there was no evidence of any wrongdoing.

Singer Phoebe Bridgers claims Marilyn Manson has a rape room in home. The 26-year-old said she visited the rock star’s home with her friends when she was a teenager and that Manson himself told her about the room. Bridgers wrote that back then she thought that it was "just horrible frat boy sense of humor" and emphasised she stands with women who accused the rocker of physical and sexual abuse.

"The label knew, management knew, the band knew. Distancing themselves now, pretending to be shocked and horrified is f**king pathetic", Bridgers wrote in her post.

What Are The Allegations?

On 2 February actress Evan Rachel Wood ("Westworld", "Across the Universe", "The Wrestler") posted a statement on Instagram claiming she was abused by Manson.

"He started grooming me when I was a teenager and horrifically abused me for years. I was brainwashed and manipulated into submission. I am done living in fear of retaliation, slander, or blackmail. I am here to expose this dangerous man and call out the many industries that have enabled him, before he ruins any more lives. I stand with the many victims who will no longer be silent", the actress wrote.

Wood started dating Manson, real name Brian Warner, in 2007. The couple had reportedly had an on-again, off-again relationship. In 2010 Manson proposed to Wood, but seven months later they split.

In a 2009 interview the rocker said he fantasised about "smashing her skull in with a sledgehammer". His representatives later said that the comment should be interpreted as promotion of his new record "and not a factual account".

In 2019 Wood revealed she was a victim of domestic violence and rape, but did not name her abuser. The actress spearheadead the Phoenix Act, a piece of legislation that extends the statute of limitations for domestic violence crimes. Testifying in Congress she said the anonymous abuser "broke her down through means of starvation, sleep deprivation, and threats against" her life.

Dan Cleary, a guitar technician, who claims to have worked with Manson when he dated Wood, said in September that he turned the actress into a different person.

Thread: I worked directly with #MarilynManson in 2007-2008 for his touring band when #EvanRachelWood was with him. She was on tour with us the entire time. Over the course of 1 year he turned her into a different person. He broke her. I didnt totally realize until later in life.

Since Wood came forward on 2 February at least 10 women alleged that they were abused by the rock star, physically and sexually. Model Sarah McNeilly claimed the singer threw her against the wall and threatened to bash her face with a baseball bat. Another model Ashley Lindsay Morgan alleged that the rock star did not allow her to “eat, or sleep, or leave” his house.

However, Manson’s ex-wife, burlesque dancer and actress Dita Von Teese, said she was never abused by him - but didn’t reject the accusations from other women. Rose McGowan, another girlfriend of Manson, said she wasn’t abused either but added she believes in the allegations made against the musician.

Manson has only responded Wood's accusations, posting a statement on Instagram describing them as “horrible distortions of reality”.

Manson was dropped by his record label after the accusations and edited out of two TV shows.

Evan Rachel Wood posted a screenshot on Friday of a letter sent by New York senator Kevin Parker asking Attorney General Robert M. Wilkinson to begin an investigation into the accusations made against Manson.