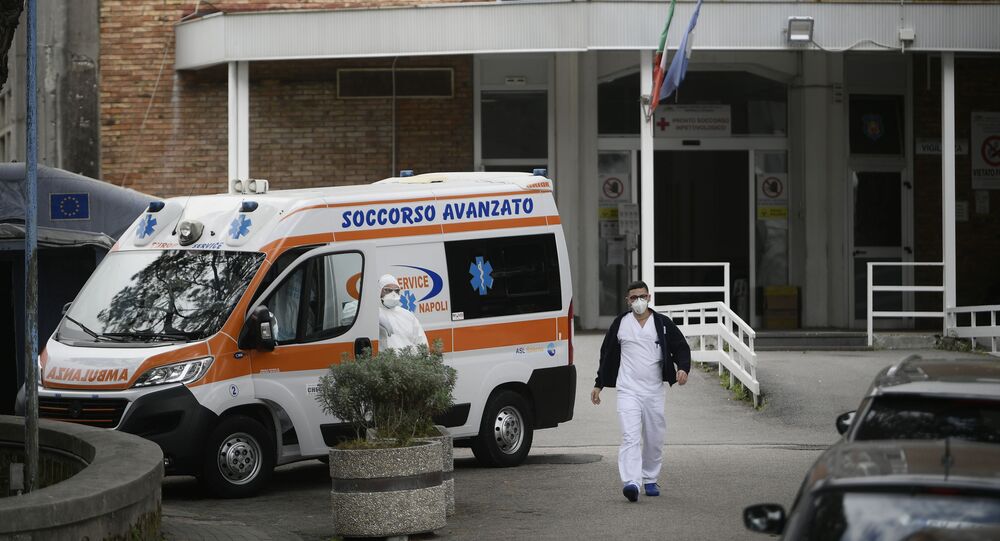 As several scary incidents have reportedly occurred in communities around Naples, local ambulance drivers are now demanding police protection from mafia abuse, and lawmakers urge the country's government to put up a full-scale fight against the local secret criminal society, Camorra.

Ambulance drivers in Naples have been told by the Italian mafia to stop using their sirens and flashing lights because they spook drug dealers, who confuse them with police vehicles, the Sunday Times reported Wednesday.

According to the report, one of the incidents occurred last Saturday, as an ambulance was intercepted by two gang members who threatened to kill the driver for having the siren on while driving to the southern part of the city for an emergency call.

The vehicle was reportedly flanked by two men on a large motorbike, and they ramped the driver by banging on the window.

"Haven’t you understood you cannot use your siren here? Turn it off or we’ll shoot you," one of the men reportedly said. After that, the driver had to ask the police to escort him through the area back to safety.

The mafiosi in Naples have reportedly been annoyed that the blaring sirens and emergency lights are disrupting drug trafficking and scaring customers away.

"We have already been ordered not to use sirens in other neighborhoods, including Sanita and Traiano, where the locally based ambulance turns on its siren only after it leaves the area," said Manuel Ruggiero, an emergency doctor and local head of a group fighting violence against medics.

According to The Daily Mail, Naples has registered 300 cases of violence against medics in the past three years, as 17 ambulances of local emergency were spread too thinly for one million people.

Local parliament member Alessandro Amitrano also called for increased protection for ambulance drivers against gang members who feel they are above the law.

Social Distance: Apple Warns Customers to Keep iPhone At Least a Foot Away From Medical Devices