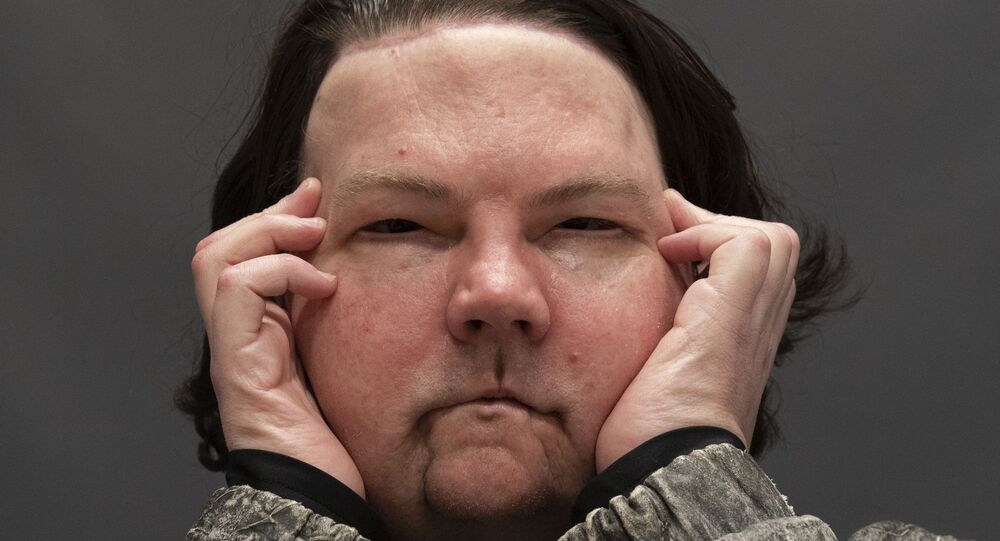 Medical specialists previously conducted simultaneous face and double hand transplants on two occasions; however, both operations ultimately failed after one recipient died from complications and another patient was forced to have the transplanted hands removed after they failed to function.

Doctors at New York University’s Langone Health facility announced Wednesday that a team of specialists were able to perform the first successful face and double hand transplant operation, a landmark victory for the medical and transplant community.

The operation took place in early August and lasted approximately 23 hours. Overall, the procedure saw the involvement of a 16-member surgical team and an 80-member group that made up the operating room staff.

At the center of the case is 22-year-old New Jersey resident Joe DiMeo, who received third-degree burns to over 80% of his body in 2018 when he fell asleep at the wheel after working a night shift. His car hit a utility pole, flipped over and burst into flames.

Courtesy of NYC Langone Health
Joe DiMeo (right) is pictured with his parents, Rose and John, before the 2018 car crash.

DiMeo managed to survive the fiery crash after another driver pulled over and hurried to pull him out from the flames. In the months that followed, DiMeo was placed in a medically-induced coma and underwent multiple skin grafts and some 20 reconstructive surgeries.

After it was determined that conventional surgeries were not going to remedy DiMeo’s condition and help him regain the use of his hands or his full vision, doctors began preparing for a transplant operation; however, the odds were stacked against DiMeo early on as he only had a 6% chance in finding a donor that was compatible with his immune system.

Making the donor search even more tricky was that officials also wanted to find a donor with the same gender, skin tone and hand dominance at a time when organ donations plummeted amid the COVID-19 pandemic and the majority of doctors were reassigned to work with COVID-19 patients.

"When we talked about the possibility of doing both the hands and the face, I had to let him know that this has been attempted twice in the world and both have failed, and actually one of those patients died," lead transplant expert Dr. Eduardo Rodriguez told People magazine. "He understood the risks that were involved, and he knew that this was a cutting-edge surgery that hadn't been successful in the past, but he had the greatest faith in all of us."

Warning: the image below may be disturbing to some viewers

Courtesy of NYU Langone Health
New Jersey resident Joe DiMeo is seen hospitalized after a 2018 car crash caused third-degree burns to over 80% of his body.

Despite all the hurdles, DiMeo’s medical team managed to locate a donor in Delaware through the help of LiveOnNY, an organ recovery organization for the greater New York metropolitan area, and Gift of Life, a regional donor program that serves southern New Jersey, Pennsylvania, and Delaware. The surgery was performed two days after Rodriguez examined the unidentified donor’s body.

Transplant protocols saw officials amputate both of DiMeo’s hands during the operation and replace them mid-forearm with those from the donor. A release from the hospital notes that officials reconnected three dominant nerves to the hands, six blood vessels and approximately 21 tendons with hair-thin sutures.

To date, DiMeo has undergone several less extensive surgeries, but has shown no signs of rejecting the transplants. Since being discharged from the hospital in late November, DiMeo has been in intensive rehabilitation, spending hours on physical, occupational and speech therapy.

DiMeo’s dedication to regaining his independence has begun to pay off as he’s now able to get dressed by himself, walk his dog, work out at the gym and even play a game of pool, among other feats. He told the New York Post that one of his bigger goals is to drive again, but that he isn’t “trying to rush into it.”

DiMeo further explained that he felt the need to go public about his operation because it was “a big step in science,” and felt “pretty proud to be a part of it.”

For the remainder of his life, DiMeo will have to remain on medications to ensure that his body does not reject the transplants and continue on his rehabilitation path in order to strengthen his sensation and the function of his new transplants.

DiMeo told the Associated Press, “You got a new chance at life. You really can’t give that up.”