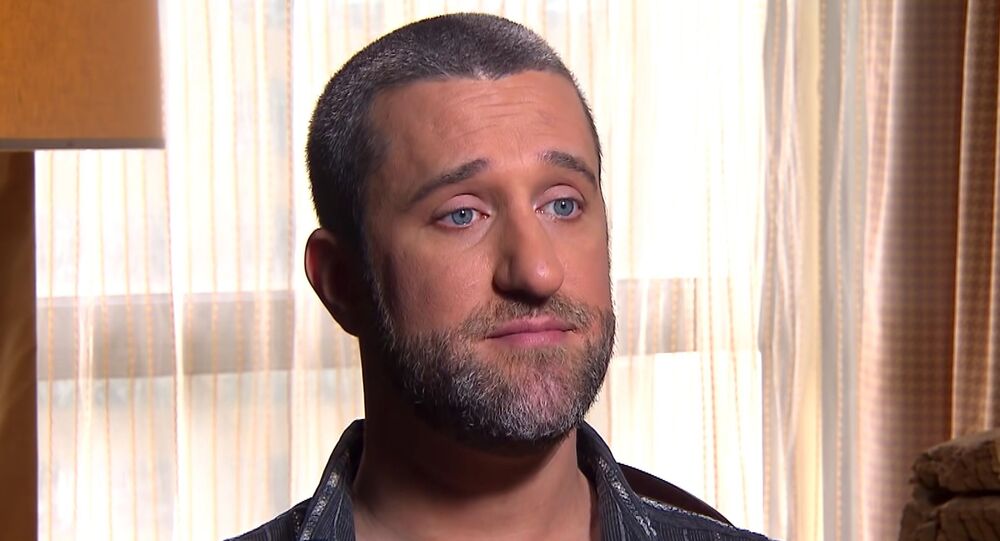 The child star was best known to a generation of fans for his portrayal of the quirky-yet-lovable high schooler Samuel “Screech” Powers, one of six main characters on the 1990s hit sitcom “Saved by the Bell.”

US actor Dustin Diamond, who spent 13 seasons portraying the nerdy pal of character Zach Morris, has died after being diagnosed with stage 4 lung cancer. He was 44 years old.

Roger Paul, Diamond’s longtime talent agent, confirmed the news in a statement to the Washington Post that explained the child star had died Monday from carcinoma.

“He was diagnosed with this brutal, relentless form of malignant cancer only three weeks ago," the statement notes. "In that time, it managed to spread rapidly throughout his system; the only mercy it exhibited was its sharp and swift execution.”

“Dustin did not suffer. He did not have to lie submerged in pain. For that, we are grateful,” it adds.

TMZ was the first to report the development and reported that Diamond was “taken off a breathing machine in an attempt to get him to hospice care.” The outlet also indicated that Diamond’s partner was by his side at the time.

Incidentally, TMZ was also among the first to report that Diamond had been hospitalized several weeks ago in Florida, where health professionals ultimately diagnosed him with late stage cancer.

Diamond’s death has prompted an outpouring of shock from fans and eulogies from celebrities, including his castmates from “Saved by the Bell.”

Actor Mark-Paul Gosselaar, who portrayed the sitcom’s main character Zach Morris, tweeted shortly after the news broke that he was “deeply saddened” by Diamond’s passing, noting that he would “miss those raw, brilliant sparks that only [Diamond] was able to produce. A pie in your face, my comrade.”

Fellow castmate Mario Lopez, who took up the role of the series’ jock AC Slater, offered his condolences and prayers to the Diamond family.

Tiffani Thiessen, who starred as Kelly Kapowski on the sitcom, lamented her former co-star’s passing on Instagram, writing, “Life is extremely fragile and it’s something we should never take for granted. God speed [sic] Dustin.”

US actor, comedian, writer and producer Marlon Wayans also touched on Diamond’s death and wrote that he “made many kids that’s now adults laugh.” He added, “Will never forget the celebrity boxing. And I’m still trying to forget that sex tape 🤦🏽‍♂️ you lived man. Quite entertaining. Gone too f***ing soon.”

In his later years, Diamond appeared on various reality shows, including “Celebrity Boxing 2,” “Celebrity Big Brother” and “Celebrity Fit Club,” among others. At one point, Diamond released his own sex tape; however, he later revealed that a “stunt person” had actually stood in for him, and that his face was digitally added.

In 2015, Diamond had a run-in with law enforcement officials after he was convicted of disorderly conduct for stabbing a bar patron in Wisconsin. He served three months behind bars.

Diamond’s team noted in the statement that the actor “is not considered reputable by most,” but explained that “his actions, though rebukeable, stemmed from loss and the lack of knowledge on how to process that pain properly.”

“In actuality, Dustin was a humorous and high-spirited individual whose greatest passion was to make others laugh. He was able to sense and feel other peoples’ emotions to such a length that he was able to feel them too - a strength and a flaw, all in one.”