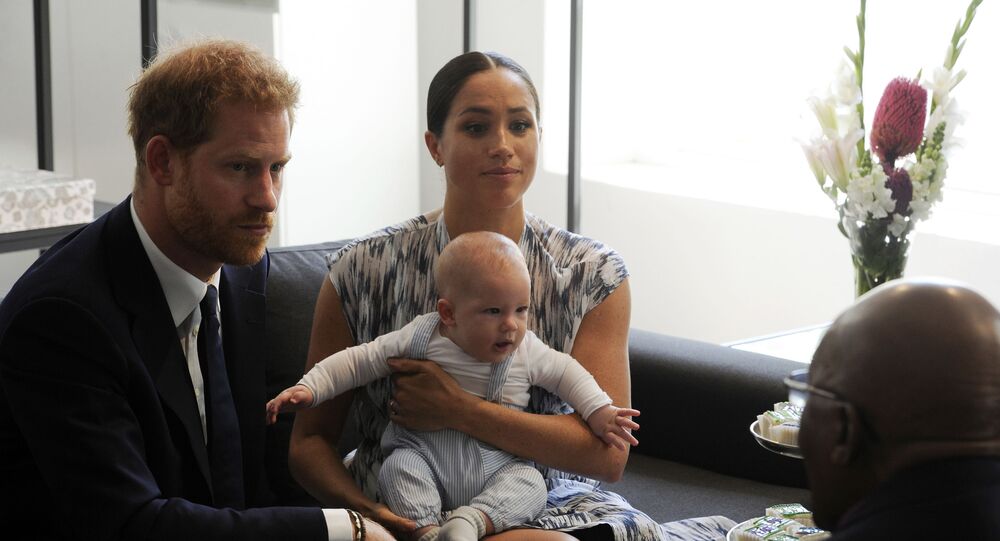 Archie Harrison Mountbatten-Windsor, the son of British royal Prince Harry and former Hollywood star Meghan Markle, was born on 6 May 2019 and officially registered 11 days later. In a publicly unveiled birth certificate, his mom’s name was stated as “Rachel Meghan Her Royal Highness the Duchess of Sussex.”

The birth certificate of Prince Harry’s son was apparently altered on 5 June, just a few weeks after the Sussexes received it, The Sun revealed, citing the edited document, which was first spotted by Lady Colin Campbell.

The amendment shows that the first two names of Archie’s mother “Rachel Meghan” were removed from the certificate, leaving only “Her Royal Highness the Duchess of Sussex.”

“It's extraordinary and raises all kinds of questions about what the Sussexes were thinking,” says Lady Campbell, who has published a number of books on the British royal family.

But The Sun suggests the move may have been intended as “a snub to the Cambridges who have included Kate’s names on her children’s certificates.”

“For a royal to change a birth certificate is unprecedented but to remove forenames is remarkable. Perhaps this is another sign they were desperate to do something different to the Cambridges.”

© AP Photo / Ben Stansall
Meghan, the Duchess of Sussex, centre, accompanied by Britain's Prince Harry, the Duke of Sussex and her mother Doria Ragland walk to attend a reception at Kensington Palace, in London, Thursday Sept. 20, 2018
Meanwhile, the media spotted that Prince Harry’s mother Lady Diana also preferred to use “Her Royal Highness the Princess of Wales” to other names. This means that Meghan’s desire to have her name shortened on her son’s birth certificate could be interpreted through a more positive vibe, as opposed to a cheap shot aimed at her sister and brother-in-law.

The Sussexes are yet to comment on the story.

The British media has repeatedly assumed that Prince William and Harry's relationship took a dive following the Duke of Sussex’s decision to leave his senior royal position in a bid to give his family more privacy. It's was also reported that William didn't approve of his sibling's haste to marry the American actress.

This summer, Harry is expected to attend the Queen’s 95th birthday and Prince Philip's 100th jubilee celebrations, as well as to unveil Princess Diana’s statue he jointly commissioned with his brother. It has been suggested that Harry won’t be accompanied by his wife Meghan during the trip home – the first one since their scandalous departure from the royal household last March.