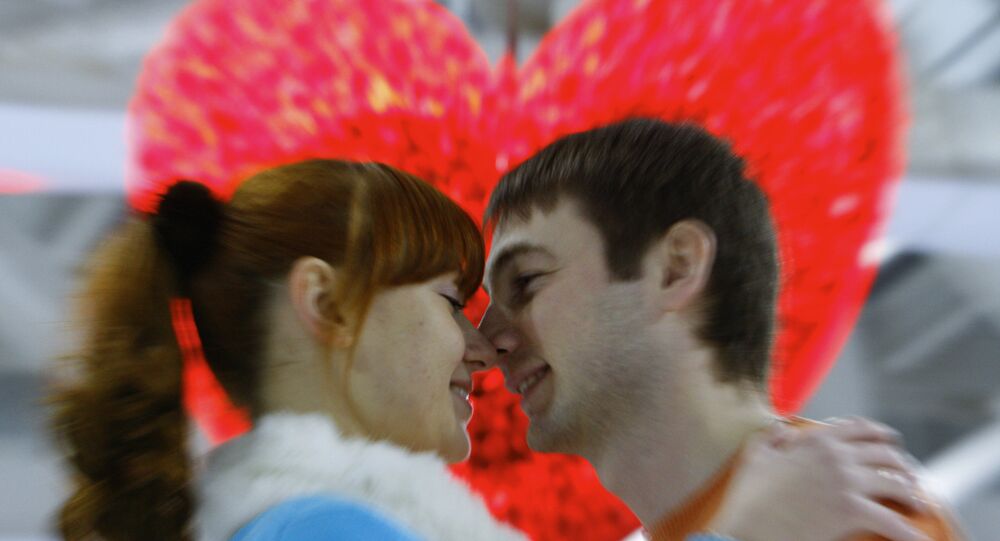 The British retailer has unveiled its brand-new Yumnuts, which it has dubbed “love nuts” in celebration of the most romantic day of the year – but customers appeared not to take the name at face value.

Marks and Spencer customers have rolled on the floor laughing as the British retailer has invited them to “feel the LOVE NUTS this Valentine’s” with its new “love nut Yumnut”.

“Our new love nut Yumnut™ lands in store TODAY! Pick one up now”, M&S tweeted, unveiling its latest’s St. Valentine’s Day product, something in between a yum yum and doughnut with a topping made of chocolate hearts and freeze-dried raspberries put atop double icing.

"Tag someone you’d love to share one with!" the retailer went on, but many shoppers seemed to be more impressed with the marketing team’s naming effort than the product they were advertising.

Although a love nut as such really exists - the largest seed known is produced by the Seychelles’ Coco De Mer trees and is remarkable for its… buttocks-resembling shape, netizens eagerly picked up on another meaning of a “love nut”.

According to Urban Dictionary, love nuts, or blue balls, is when men get a pain in their testicles after becoming extremely aroused, but are denied sex. This is what many implied in their comments, unable to keep a straight face.

"Never fancied love nuts myself. But I might make an exception on Valentine’s Day", one quipped, quite ambiguously.

“No-one single’s getting any love nut this Valentine’s M&S stop rubbing it in”, another weighed in.

"This cracks me right up, who wouldn’t want to feel the love nuts on Valentine’s Day", a third posted.

Marks and Spencer’s marketing effort also made it to the headlines this month as it launched its “suggestive” aubergine-shaped Easter Egg (part of its vegan chocolate offerings) ,which was instantly said to belong in Ann Summers, a well-known British chain of sex toy and lingerie shops.

In 2019, M&S customers were again made to laugh in the name of love, as the company revealed its pigs in a blanket dish for delivery, which it called the “love sausage”, implying it could arrive specially for a romantic breakfast in bed.