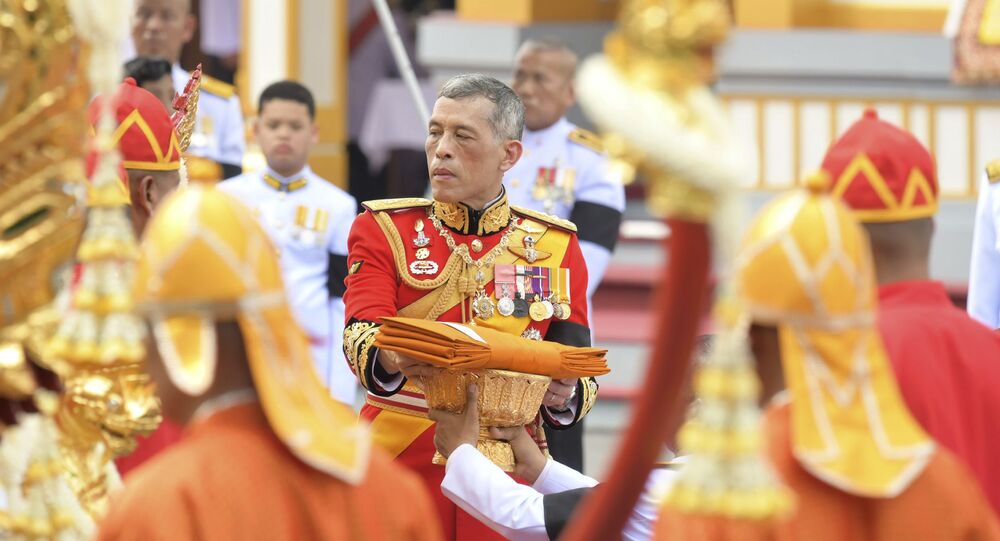 The high-profile ceremony was reported to coincide with Maha Vajiralongkorn’s royal consort Sineenat’s birthday and was thus deemed as a special gift for the once disgraced woman.

Thai King Maha Vajiralongkorn has reportedly made his mistress Sineenat Wongvajirapakdi the country’s second queen, despite previously jailing her for alleged attempts to “block” the coronation of the current Queen Suthida, 42, Bild reported.

In a stunning promotion for the king’s royal consort, the 68-year-old monarch reportedly crowned his lover on Tuesday, as they celebrated her 36th birthday.

The duo donned matching blue coats when they took part in a traditional Buddhist ceremony to mark the occasion at Waskuri pier in Bangkok, almost a month after a trove of salacious selfies, reportedly pertaining to Sineenat, were leaked online at the hands of a critic of the Thai monarchy.

Japan-based Pavin Chachavalpongpun told MailOnline that he received an anonymous envelope around the time reports first emerged that Sineenat was to be pardoned and reinstated at the royal court.

In a letter to Pavin, the sender described the photos as super saucy files hacked from the woman’s phone after it was confiscated during her arrest in 2019.

“It's hard to believe it's a coincidence”, Pavin said, suggesting that the leak might have been initiated by the queen’s supporters.

Both Suthida, formerly an air hostess, and Sineenat used to serve in the palace security forces.

In 2019, at the purported height of the tensions in the king’s harem, Sineenat, who previously trained as a pilot in Thailand and beyond to become a major-general, was imprisoned, with the king accusing her of misbehaving by striving to block her rival Suthida’s appointment as queen out of selfishness and “disrespect”.

Less than three months prior to this, the woman was appointed a royal consort on the king’s 67th birthday. Her new status was quickly revoked, however.

Later, in August 2020, the Royal Gazette reported that Sineen’s reputation was in no way mired, and she had no criminal record, and all of her privileges were preserved.