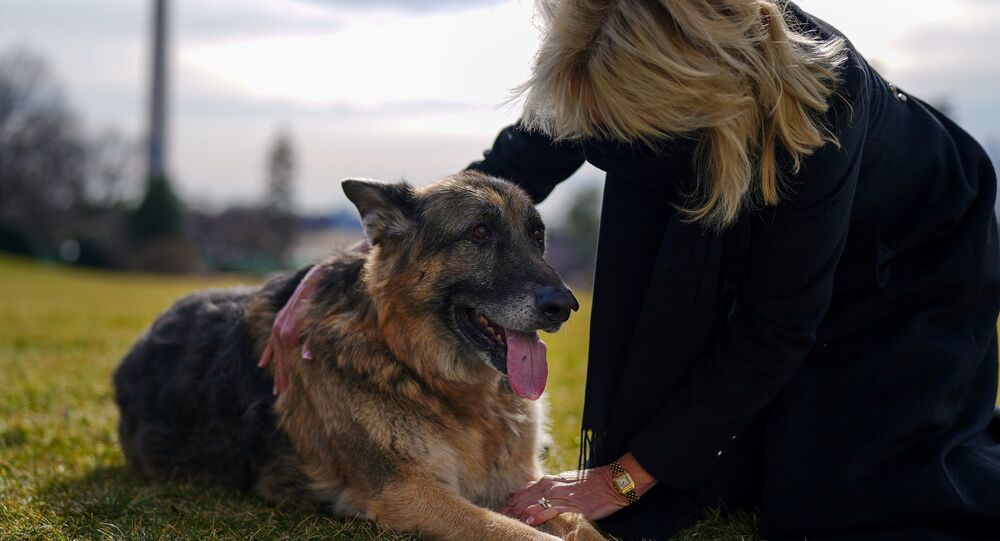 Dogs have long enjoyed the privilege of residing in the White House, with President Warren G. Harding's Airedale Terrier Laddie Boy the first 'First Dog' to get regular press coverage. The last pups to join their owners in the White House were the Portuguese Water Dogs Bo and Sunny, belonging to President Barack Obama and his wife, Michelle.

On Sunday, the two German shepherds Champ and Major belonging to US President Joe Biden and his wife, Dr. Jill Biden, officially moved to the official presidential residence in Washington DC. The two shelter dogs are the first pets to live at 1600 Pennsylvania Avenue since the Obama administration, marking the return of a long-running tradition for US presidents.

After taking some time to settle down at the new residence, Dr. Jill Biden, tweeted the arrival of the celebrity pups; light brown with a dark muzzle Champ and his mostly black with light brown paws 'sibling' Major.

Champ and Major have joined us in the White House! 💕🐾 pic.twitter.com/R035YnavVo

​The netizens could not miss the opportunity to congratulate the family's pair of German shepherds, with some users doing it on behalf of their own pets.

Beautiful GSDs! My Pepper is very happy to see her fellow GSDs make it into the WH. Both dogs are happy to see dogs back in the WH. Crossing my fingers for a feline to roam and rule the halls. 🤞🏼❤️🤍💙 pic.twitter.com/LS1EOcGp2G

Such a handsome boy! Mila says hello, all the way from Bangladesh 😁 pic.twitter.com/In3m3BRZ2n

What a great day when Champ and Major are reunited with their family. Our Tanner Roo and his family would like to say, welcome home boys!!!🐾❤️🇺🇸 pic.twitter.com/jpncP50eI5

While welcoming the pair of 'DOTUS' other Twitter users expressed a desire to also see cats in the White House.

It’s lovely to see pets again in the White House—they add a note of levity that we’re all in great need of.
I cannot wait to hear updates on a potential First Cat! (I highly recommended a demure, low-maintenance calico.) 🙃 pic.twitter.com/f5uWCs2Jud

Yeah !!!
And heard there is a cat coming soon?!!! Would that be first ever? pic.twitter.com/dFyFMSlMWY

​Champ has been with the Biden family since December 2008, after the presidential election that made Joe Biden vice president, while Major joined the Biden family more recently, in November 2018. He was adopted just months before Biden announced he would run for president in the 2020 presidential election. The furry companions are also the first shelter dogs to call the White House home.

Memorable and Meme-able: Biden Inauguration Moments That Have Gone Viral