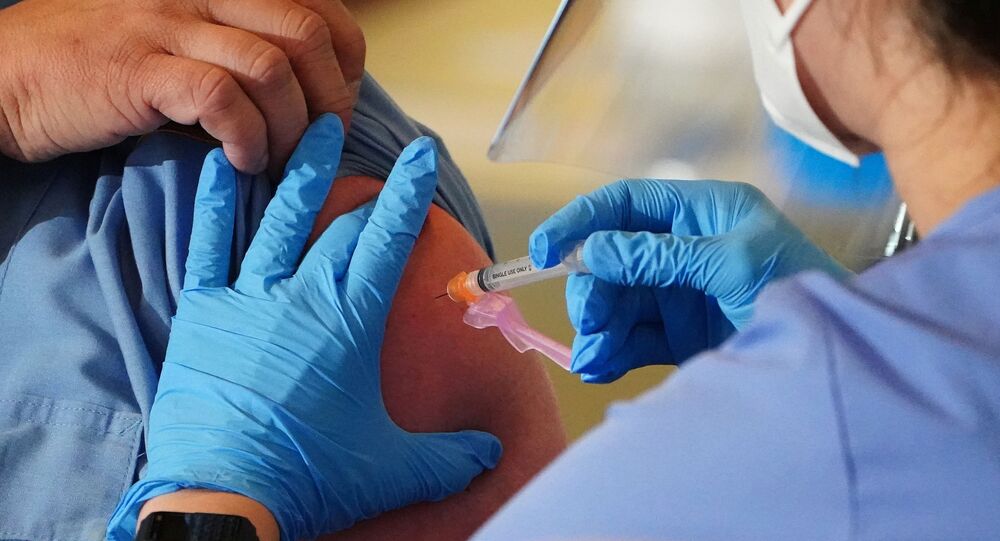 CDC: Less Than 1% of Those Who Received Moderna Vaccine Had Severe Reactions

Since the approval of both the Pfizer-BioNTech and Moderna COVID-19 vaccines, multiple reports have emerged detailing cases in which individuals underwent a series of mild reactions, while others suffered more serious effects such as anaphylaxis, a life-threatening, multisystem reaction that causes difficulty breathing.

The US Centers for Disease Control and Prevention issued an updated report on Friday that indicated allergic reactions to Moderna’s COVID-19 vaccine were few, with cases involving severe allergies being quite rare.

With over 4 million initial doses of the Moderna vaccine having been administered between December 21 and January 10, new data published by the health agency states only 1,266 (0.03%) adverse events were disclosed to the CDC’s reporting system during that time period, with 108 of the cases being referred for additional investigation after officials identified a severe reaction.

However, in terms of those who have experienced anaphylaxis, the CDC reported cases were much more uncommon, and only occurred at a rate of 2.5 cases per 1 million shots administered.

All 10 individuals who were documented as experiencing anaphylaxis were women who had a median age of 47 years. Nine of the women began experiencing severe symptoms within 15 minutes of receiving their first Moderna shot, whereas one person had onset after 30 minutes.

Of the small group, four were treated at an emergency room and six were hospitalized, four of whom had to be intubated. “No deaths from anaphylaxis were reported after receipt of Moderna COVID-19 vaccine,” the report highlights, adding that nine of the individuals had a history of allergic reactions.

Among the eight women who had follow-up information available, all were documented as having recovered and discharged. CDC officials speculate more women are reporting adverse reactions on account of a higher amount of women subjecting themselves to the vaccination. The report notes that 61% of the Moderna doses were administered to women compared to only 36% of men.

Compared to findings of the Pfizer-BioNTech vaccine, an earlier analysis determined the incidence rate of anaphylaxis after receiving the first Pfizer dose was at 11.1 cases per 1 million doses administered.

Last month, at about the same time that the US National Institutes of Health announced it would be preparing to launch an analysis into the anaphylaxis reaction tied to the Pfizer vaccine, some researchers were speculating that the reaction could be prompted by polyethylene glycol (PEG), a medicinal compound that is also present in the Moderna drug.

The Friday disclosure, released as part of the CDC’s weekly Morbidity and Mortality report, came one day after the agency also issued a guidance that cleared mixing Pfizer and Moderna shots under “exceptional situations.” Although both vaccines share many similarities, they have differing instructions that require them be taken either 21 or 28 days apart.