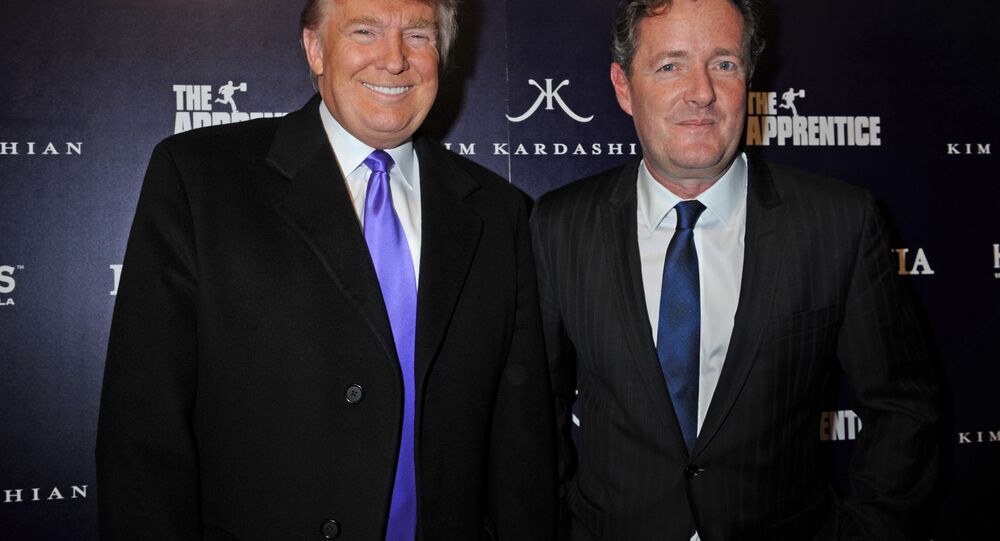 Trump Was Duped by Phone Pranksters Claiming to be Piers Morgan, Says the TV Journalist

The identity of the perpetrators of this alleged phone prank reportedly remains unknown to this day.

Famous English journalist and broadcaster Piers Morgan has revealed that last year, then-President Donald Trump fell for a phone prank perpetrated by a person claiming to be Morgan.

Delivering this reveal on BBC's "Americast" podcast, Morgan spoke about "an absolutely hilarious story, where somebody had called [Trump] pretending to be me the day before and got through to him on Air Force One".

"They had a conversation with Trump thinking he was talking to me", he said.

While this incident reportedly occurred in October, Trump allegedly only learned that he'd been duped when he conversed with the real Morgan by phone while "on his way to vote in Florida".

The identity of the alleged pranksters remains unknown, the media outlet notes.

It does not seem to be a particularly uncommon occurrence nowadays, however, for a world leader to become the victim of a phone prank, as notable political figures such as Canadian Prime Minister Justin Trudeau and Turkish President Recep Tayyip Erdogan were targeted by pranksters in recent years.