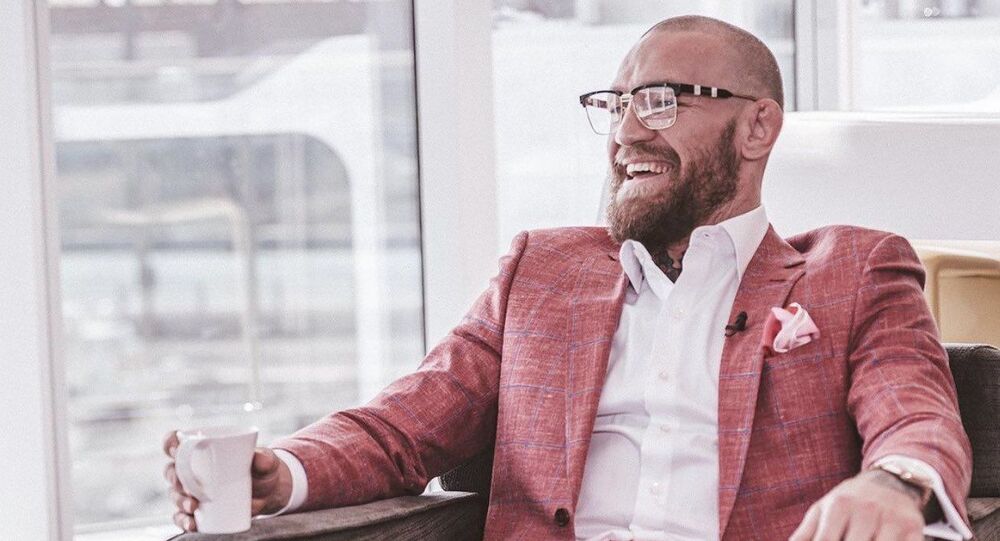 The news about the suits comes just two days before the historic bout in which McGregor is scheduled to fight in a rematch against Dustin Poirier this Saturday for the first time in a year.

The Irish mixed martial artist Conor McGregor was hit with two injury lawsuits from women demanding millions in damages alleged to have taken place in 2018.

According to the Irish Independent newspaper, the two suits were filed in Dublin's High Court on Monday by a woman who claimed she has known the UFC fighter for many years and by her mother. Two separate trials are being pursued by the two women, as it is believed that each trial is expected to include multiple witnesses having to provide evidence.

In the cases, an acquaintance of the 32-year-old Irishman was also reportedly designated as a defendant.

“Proceedings have been served,” lawyer Dave Coleman reportedly said. “We can make no further comment as the matter is before the courts.”

Further specifics of the claims in the suit, for legal reasons, were not released, according to the report. It was also not indicated exactly how much McGregor was being sued for, only to say that it was in the "multi-million euro" range.

However, it is mentioned that the lawsuits are related to cases that were previously subject to an investigation by Irish police.

McGregor, also known under the alias "The Notorious", who has spent years cultivating his badman image, denied any wrongdoing.

McGregor was arrested in Corsica in September last year on charges of alleged sexual harassment and indecent exposure. He denied all the accusations.

Ultimately, prosecutors decided not to bring charges related to those allegations.

“After an exhaustive investigation conducted by the [police] which, in addition to interviews of the plaintiff, included interviewing numerous sources, obtaining witnesses’ statements, examining closed circuit footage and the cooperation of Conor McGregor, these allegations were categorically rejected,” McGregor's spokeswoman Karen J. Kessler reportedly said to the newspaper.

“The plaintiff knows the facts contradict the assertions in this lawsuit. Mr. McGregor will dispute any claims and is confident that justice will prevail,” she added.

The Irishman was reportedly fined 1,000 euros by the Dublin District Court in 2019 for hitting a man in the face in a pub in south Dublin.

McGregor is currently preparing for a non-title lightweight rematch with his former foe, American MMA fighter Dustin Poirier. The bout will be McGregor's first fight since a TKO victory over Donald Cerrone a year ago.

The fight is expected to take place on 24 January on Fight Island in the UAE.