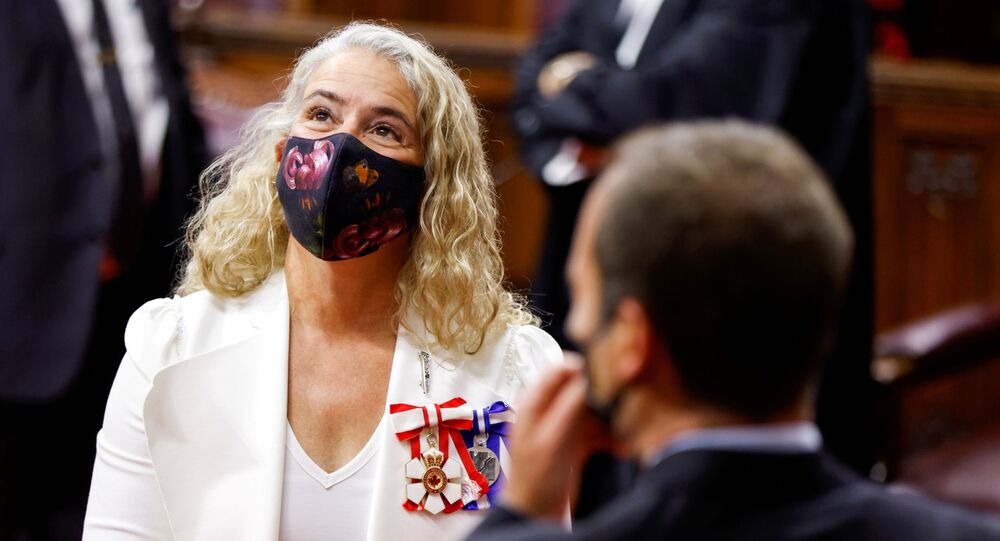 TORONTO (Sputnik) - The Queen’s official representative in Canada, Governor General Julie Payette, issued a statement announcing her resignation ahead of the release of a report that details a toxic work culture at Rideau Hall.

Earlier on Thursday, multiple Canadian outlets reported that the Privy Council Office is expected to deliver a "scathing" report concerning the allegations made earlier this summer of widespread harassment of employees at Rideau Hall - the Monarch or its representative’s residence in Ottawa - by Payette and her secretary, Assunta Di Lorenzo.

"It is with sureness and humility, but also with pride over what was accomplished during my tenure as Governor General and in my service to the country for the past 28 years, that I have submitted my resignation," the former astronaut said on Thursday.

However, Payette noted that no formal complaints or official grievances were made during her tenure and that her resignation comes at an "opportune time" to take care of family issues.

Payette thanked Prime Minister Justin Trudeau for appointing her to the position and said that he has been informed of her decision.

In a statement, Trudeau said that her resignation has been received but offered no words of gratitude, instead choosing to underscore the need for a positive working environment at all levels of government.

“Every employee in the Government of Canada has the right to work in a safe and healthy environment, and we will always take this very seriously. Today’s announcement provides an opportunity for new leadership at Rideau Hall to address the workplace concerns raised by employees during the review,” Trudeau said.

The Chief Justice of Canada, Richard Wagner, will fulfill the duties of the Governor General in the interim, the prime minister said.

Trudeau’s choice of Payette, a former astronaut, was initially celebrated as evidence of the prime minister’s commitment to progressive policies. However, the adulation was short-lived, after it was revealed that Payette was accused of second-degree assault in the US, a charge that was later expunged, and was found not-at-fault in a deadly car accident.

The governor general would again come under fire this summer when at least 16 employees came forward to say that Payette and Di Lorenzo cultivated a toxic workplace, which led to the resignation of some workers and emotional breakdowns by others.