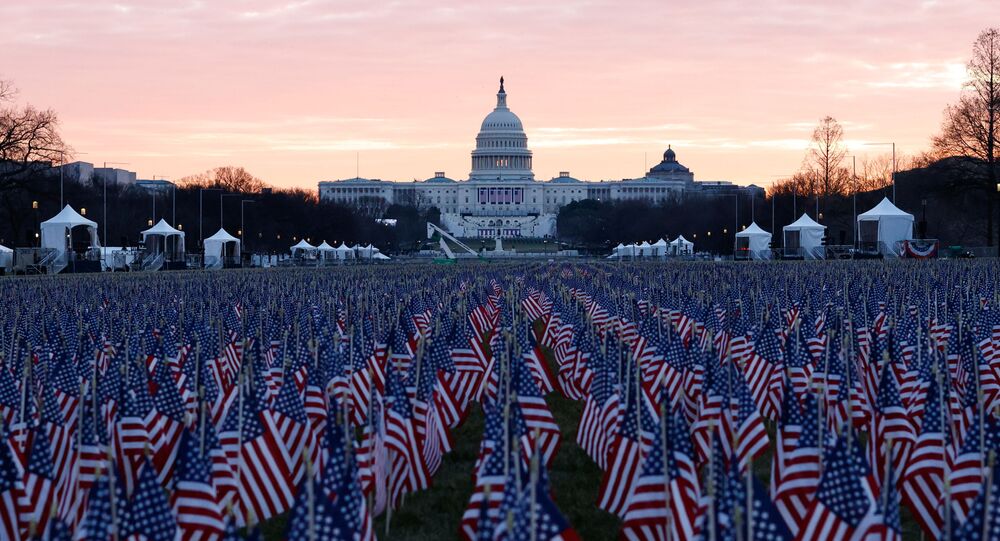 The latest data released by Johns Hopkins University indicates that the US is still a long ways off from getting a handle on the COVID-19 pandemic. As of Monday, the Land of the Free reported 141,999 new coronavirus cases, with spikes being detected in California, New York, Texas, Florida and Virginia.

A recently published Washington Post-ABC News poll has determined that a majority of Americans believe the COVID-19 pandemic is far from being under control, as medical professionals and hospitals across the nation struggle to keep up with increasing cases.

The survey, which polled a national sample of 1,002 adults through phone calls made to a cellphone or landline, found that 52% of surveyed individuals believed the deadly virus was “not at all” under control. Only 3% of polled Americans held the notion that the deadly viral outbreak was “completely” under control.

In regards to how US President Donald Trump managed to handle the respiratory disease’s arrival in the US, a whopping 51% of those surveyed said they strongly disliked his tactics.

Since the start of the US outbreak in early 2020, Trump repeatedly came under fire from critics after being slow to publicly acknowledge the fatal impact that SARS-CoV-2, the virus that causes COVID-19, can have on individuals. At the time, Trump was often heard telling reporters the virus would disappear on its own.

However, although Trump did hold White House briefings on the US’ response to the pandemic for a period of time, they were often riddled with questionable remarks from Trump, one of which included a suggestion to inject oneself with bleach and the use of ultraviolet light as treatments. The daily briefings were promptly cut short after the president faced backlash for mentioning these possible treatments.

As US President-elect Joe Biden is due to be sworn in as the next American president, 53% of respondents said they were confident Biden would be able to get the outbreak under control, compared to 46% of individuals who weren’t as optimistic.

At present, upwards of 24 million Americans have contracted SARS-CoV-2, with the nationwide death toll reaching nearly 400,000, according to the COVID-19 tracker provided by Johns Hopkins University. Figures released by the COVID Tracking Project indicate that some 123,848 Americans are currently hospitalized with the virus, while 23,226 individuals have been moved into intensive care units.

In light of the spiking case counts being reported across the nation, the survey found that over 60% of respondents were concerned about the possibility of someone in their immediate family catching the virus or contracting the illness themself. Ten percent stated they had already been diagnosed with COVID-19.

When asked whether they would be subject themselves to a COVID-19 vaccine, 63% of those surveyed said they would be willing; however, when asked if the vaccine were provided at zero cost, the percentage of interested individuals jumped by 8%.

The vaccines currently approved by the US Food and Drug Administration have been provided by pharmaceutical companies Pfizer and Moderna. Both are two-part vaccines that must be taken several weeks apart. To date, over 10.5 million Americans have received either one or two doses of the approved vaccines, the US’ Centers for Disease Control and Prevention reports.

The newly released poll was conducted from January 10 to January 13. Officials noted the results may have a margin of error of 3.5 percentage points.

'I Am a Little Nervous,' Says Parent as Delhi Schools Reopen After Covid Break