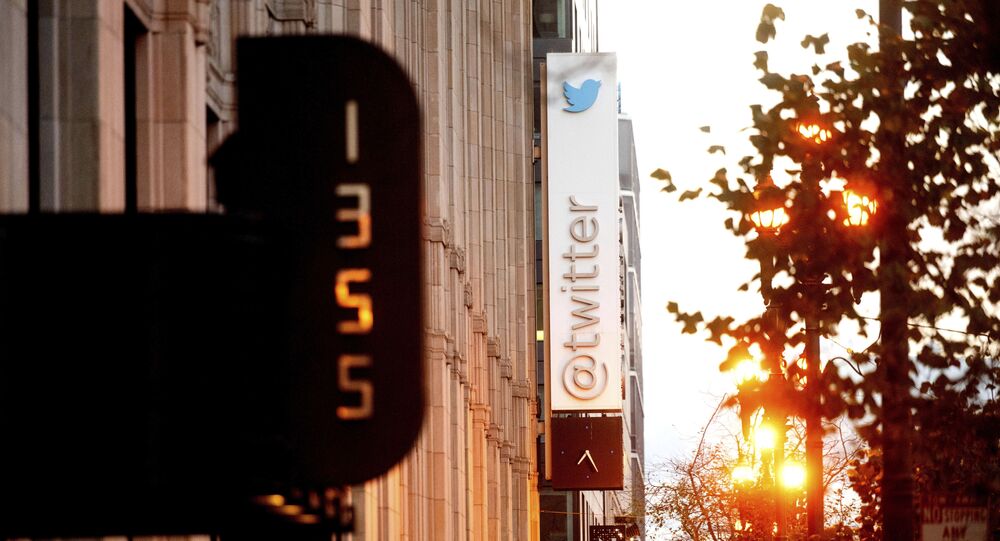 MOSCOW (Sputnik) - Conservative activist group Project Veritas on Monday posted a video recording in which a person who looks like Twitter senior executive Vijaya Gadde allegedly describes the company's civic integrity policy, which recently resulted in the suspension of thousands of accounts, as "a global approach."

Accounts were recently suspended or banned over the stated concern about violence caused by misinformation.

According to the civic integrity policy, users cannot use Twitter to manipulate or interfere in elections or other civic processes by posting misleading information. Under this policy, the social network conducted a massive purge of accounts labeled as spreading conspiracy theories in the wake of the storming of US Capitol by supporters of outgoing President Donald Trump, who was also permanently banned afterwards for what Twitter saw as incitement of violence.

In a Project Veritas video recording dated January 8, a person identified as Gadde, who is Twitter's legal, public policy, and trust and safety lead, was asked about the policy's global implementation and consistency.

"A lot of the work that we've been doing over the last week is work that we've built on in other places around the world where we've seen violence unfold as a result of either misleading information or coded rhetoric. So a lot of our learning here have come from other markets. So, in that sense, you know, we do feel like it is - this is our global approach," the person shown in the video responded.

Project Veritas is a right-wing activist media group in the US founded by James O'Keefe in 2010. The group is known for using undercover techniques to capture proof of what it says is liberal bias and corruption in the mainstream media and has been accused of producing deceptively edited videos about media organizations.