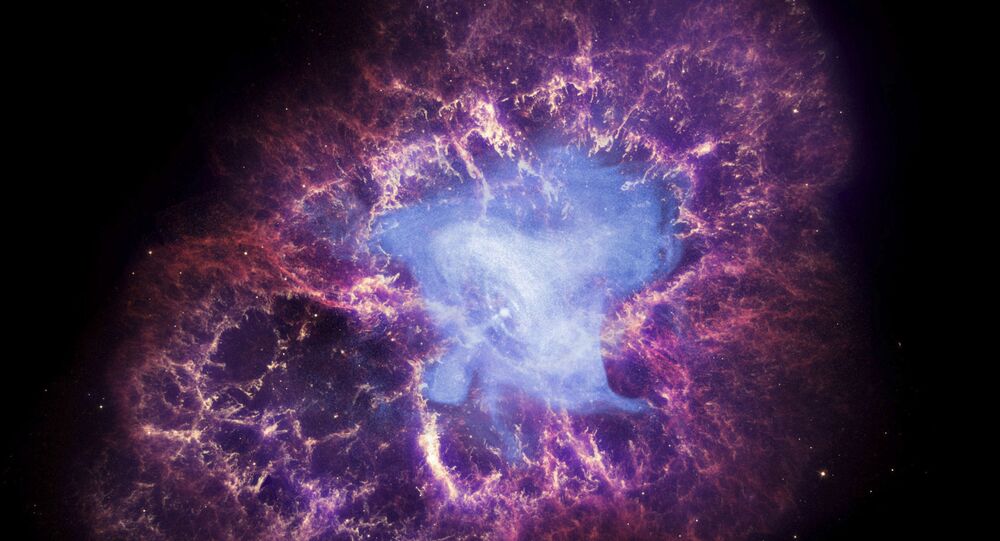 Astrophysicists responsible for the LIGO and Chandra observations initially thought the X-rays which emerged during the collision of a neutron star duo would fade away until they vanish completely, yet it appears they are still lingering there, just as bright as they were months ago.

In August 2017, scientists were lucky to observe a one-of-a-kind event, as two neutron stars collided in a deep space crash, leaving signs of it in a gravitational-wave chirp and a large-scale burst of different flavours of light. The former was captured by the Laser Interferometer Gravitational-Wave Observatory (LIGO) here on Earth.

The X-rays, which were located as being 130 million light-years away from our planet, peaked less than six months after the unique merger was first spotted, and subsequently started to fade, with researchers viewing it as an inevitably progressing trend. Yet, recent observations have shown that the process has stopped, and the X-ray signal remains unchanged, as follows from a study presented on 14 January at the 237th meeting of the American Astronomical Society and reported on by Space.com.

"Our models so far were describing the observation incredibly well, so we thought we nailed it down", Eleonora Troja, an astrophysicist at the University of Maryland and NASA's Goddard Space Flight Center in Maryland, told Space.com.

"I think everybody was convinced that this thing was going to fade quickly, and the last observation showed that it is not", Troja went on to depict the moment NASA’s Chandra X-ray Observatory found the source still glowing in its view in spring, and then this December.

According to the researcher, it is still too early to make conclusions about what’s happening, but there are already two hypotheses shedding light on the continuous X-ray glow.

In one theory, the lingering X-rays are joined by radio light in the next few months or a year. Troja said this would mean that the question is all about the massive kilonova explosion – something scientists have never witnessed before.

"People think that in the 21st century we have seen it all and there is no first time left," she said. Not so if this hypothesis holds. "This would be a first, it would be a new type of light, a new form of astrophysical source that we have never seen before."

On the other hand, if the X-ray emissions persist, but no radio emissions come along, Troja believes that scientists may be looking at something potentially even more puzzling – possibly proof that the cataclysmic collision event formed a supermassive neutron star, the most massive one known to date.

The value was found to be between the current largest known neutron star and the smallest known black hole, leaving researchers puzzled. The upcoming observations could determine it: if the object is emitting X-rays, it is definitely not a black hole. Studying the results of the collision would enable scientists to find out how matter evolves in superdense neutron stars, Troja said.

'Mysterious People Are After Me': India's Top Space Scientist Claims He Was Poisoned