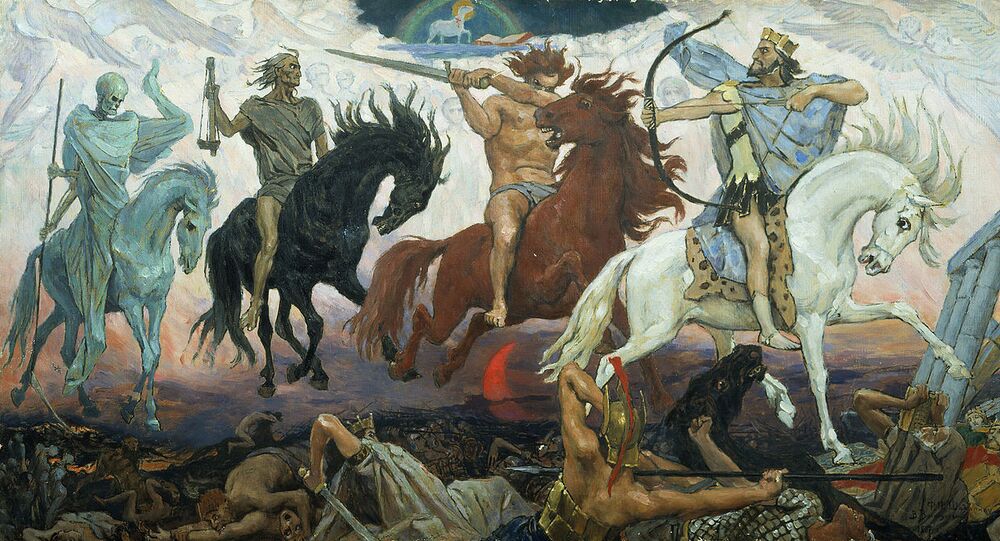 Professor Meyer also insisted that, prior to the fulfilment of the prophecy in question, Christians will be “taken suddenly to heaven by Christ himself to escape the awful divine judgment to come."

While the calamities that rocked the world last year, such as the global coronavirus pandemic, fuelled speculation about ancient apocalyptic prophecies, one scholar has instead set his sights on a particular infrastructure project in Turkey, which he suggests might lead to the Apocalypse mentioned in the Bible.

According to the Daily Express, Tom Meyer, a professor of Bible studies at Shasta Bible College and Graduate School in California, has pointed at the construction of a series of dams in Turkey, which "culminated with the great Ataturk Dam" on the Euphrates River. He says they "could be unintentionally paving the way for the fulfilment of Biblical prophecy within our lifetimes."

"The prophecy with which we are concerned relates to the sixth out of seven bowl judgments recorded in the book of Revelation and will occur shortly before the glorious Second Coming of Christ when he slays the Antichrist and establishes his literal 1,000-year reign in Jerusalem," Meyer explained. "According to Revelation, the great Euphrates River will literally dry up so that the kings from the east can march their armies toward Jerusalem without hindrance in order to partake in the final great battle against Jerusalem: Armageddon."

And since Ataturk Dam can be shut off, causing the Euphrates to "dry up downstream," the mechanism that could potentially fulfil the prophecy is already in place, the professor noted, recalling how Turkey blocked the Euphrates to fill up the dam back in 1990.

"This act, which occurred in our lifetime, caused the nations downstream to suffer water shortages and blame Turkey for weaponising water, a precious resource in the Fertile Crescent," he said. "The technology already in place to stop the Euphrates River from flowing could be another piece of the puzzle that makes the fulfilment of the book of Revelation in our lifetime a terrifying prospect."

Meyer added, however, that "before these apocalyptic events unfold on the global stage, Christians will be 'raptured' or taken suddenly to heaven by Christ himself "to escape the awful divine judgment to come."