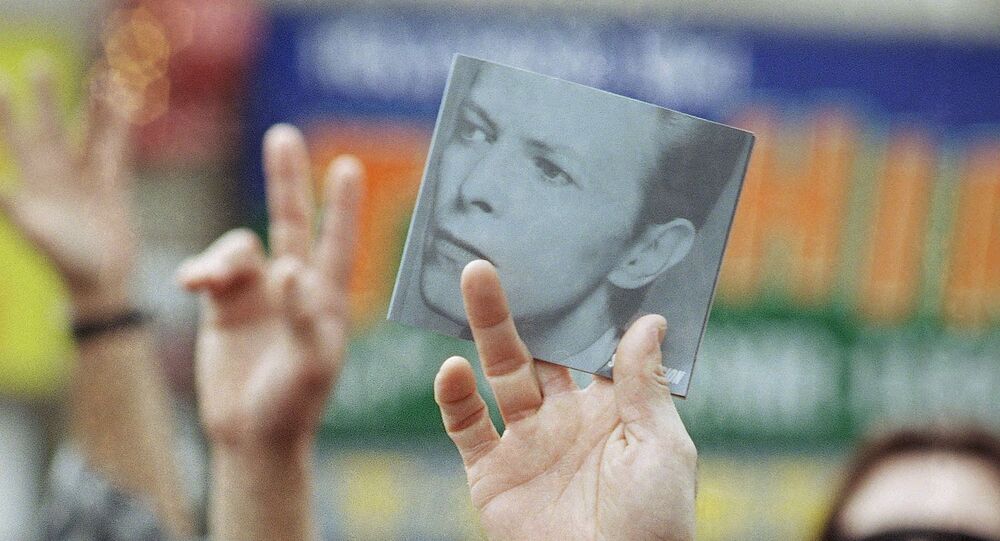 'Exhilarating and Terrifying': What Bowie, Jackson and Jobs Thought of the Internet in the Nineties

It’s almost impossible now to imagine life without constant Instagram updates or Facebook searching. But 30 years ago during the run-up to the new millennium, the internet was still a novelty. Few could predict back then what it had to offer – but some had guessed it right.

The haunted image of the legendary British musician, who would have turned 74 this January, still gives fans goosebumps despite the fact that he died four years ago.

During the interview with BBC’s Newsnight back in 1999, Bowie outlined his cautionary vision for the future of the net, suggesting that the new technologies had something “unimaginable” prepared for us – and not always in a good way.

“I think we’re actually on the cusp of something exhilarating and terrifying,” the Space Oddity singer said, describing the internet as an “alien life form.”

American singer Prince Rogers Nelson, who died in 2016 aged 56 and was simply known to many by his first name, came up with a very prescient forecast in 1999, warning the energised crowd at Yahoo!'s Online Music Awards about the growing self-awareness of the web and how it could substitute our reality with “fabrication".

“Don't be fooled by the internet," the performance artist said, before presenting the Online Pioneer award to US hip hop band Public Enemy. "Use the computer - don't let the computer use you. Y'all all saw The Matrix."

Apple’s co-founder who would have been 65 this year also had some thoughts on the issue of the growing power of the internet and what it was about to bring us in the approaching millennium. But for Steve Jobs, who died in 2011, this future was bright.

“I think it’s going to be huge,” Jobs outlined in a 1995 interview. “It is the fulfillment of a lot of our dreams.”

Co-founder of Microsoft Corporation Bill Gates once tried to explain the benefits of the new invention to confused TV host David Letterman. Speaking on his show, the business magnate noted that should the journalist ever want to find people who shared “the same unusual interests”, the internet would be the place to go.

The King of Pop was another who didn't hold back what he thought about the subject. When he died back in 2009, the internet almost “crashed” when his name suddenly started trending on all the major media platforms. But when asked back in 1999 when he was 40 what he thought about the global networks, Jackson put it straight – "the way we do things has been profoundly altered by the emergence of the internet."