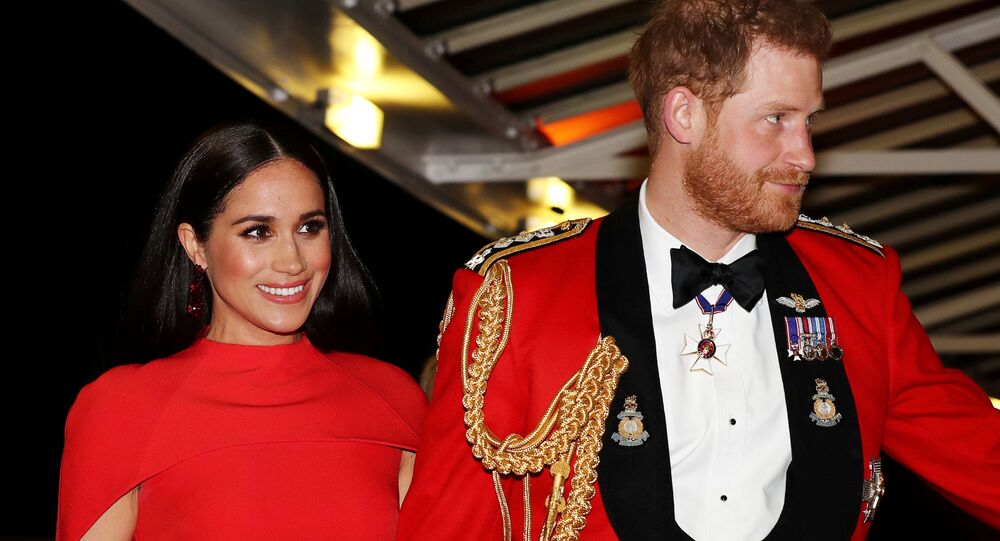 Britain’s ruling monarch Queen Elizabeth II is planning to publicly celebrate her 95th birthday this June with a traditional Trooping the Colour parade. But it remains a question whether her LA-based grandson Prince Harry will join the high-profile party, mainly due to travel restrictions imposed amid the COVID-19 pandemic.

© CC BY 4.0 / Office of the Governor-General / Official calls and evening reception for TRH The Duke and Duchess of Sussex
Meghan Markle Deviates From UK Royal Protocol Calling for 'Change' in Looming US Vote - Video
To some of them it wasn’t a question of whether the 36-year-old prince should come back to the official celebration but rather his wife Meghan, who has not found much favour among some Britons.