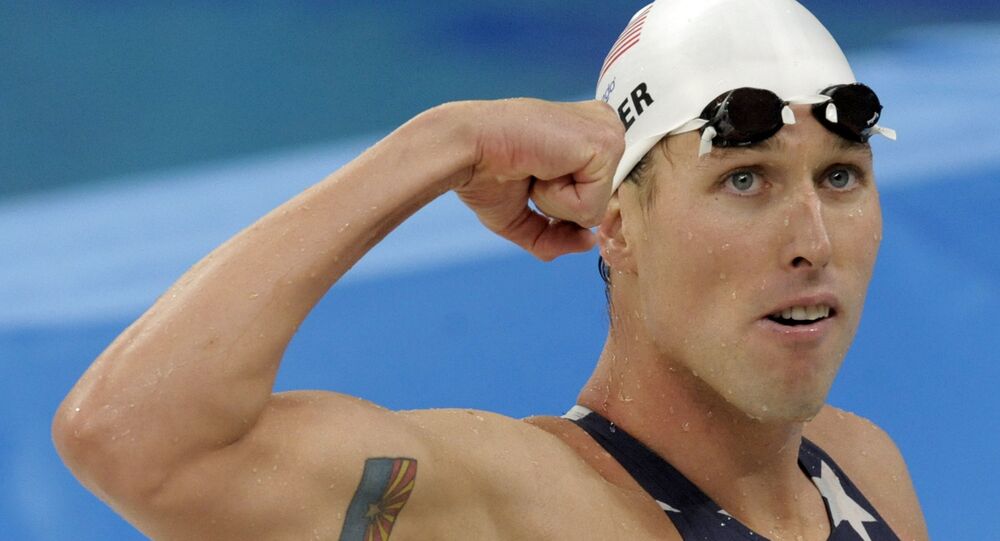 Acting US Attorney for the District of Columbia Michael Sherwin announced this week that more than 170 case files have been opened, and that dozens of individuals have been charged for participating in the riot that saw US President Donald Trump’s supporters overtake the US Capitol, as lawmakers worked to certify the results of the US election.

Klete Keller, a two-time Olympic gold medalist who competed with the US’ swimming team, was hit with three criminal charges on Wednesday over his participation in the deadly riot that ravaged the US Capitol.

A criminal complaint filed by the Federal Bureau of Investigation notes that Keller was identified from video footage that captured him in the Capitol Rotunda, sporting a US Olympic Team jacket. The recording, which was captured by Townhall reporter Julio Rosas, showed Keller standing in between rioters and being pushed by law enforcement officials attempting to shut down the insurrection.

“At approximately fourteen minutes and thirty-eight seconds, PERSON 1 is still in the Rotunda, and the back of his jacket is again visible. PERSON 1 stands taller than a number of individuals around him and can clearly be seen as law enforcement officers repeatedly attempt to remove him and others from the Rotunda,” the complaint reads.

“Additional open-source research revealed that media outlets such as SwimSwam, a news organization that covers competitive swimming and other related sports, identified this individual as possibly KLETE DERIK KELLER. Your affiant has confirmed this identification.”

The complaint charges Keller with knowingly entering a restricted building to impede an official government function, disorderly conduct and obstructing law officers during the frightening ordeal.

It’s unclear whether Keller has actually been taken into custody.

Obtained by the Associated Press, a statement from USA Swimming, which notes Keller has not been a member since his retirement after the 2008 Beijing Games, says the organization respects “private individuals’ and groups’ rights to peacefully protest but in no way condone the actions taken by those at the Capitol last week.”

Although there have been calls for Keller’s medals to be stripped, the AP reported his Olympic achievements were “unlikely to be affected by the charges; however, the outlet did suggest that he may be “shunned” by USA Swimming and the United States Olympic & Paralympic Committee at events featuring former Olympic athletes.

Keller’s participation in the Capitol riot was first reported by SwimSwam, a news organization launched in 2012 that covers competitive swimming. The former Olympian took part in the 2000, 2004 and 2008 Games.