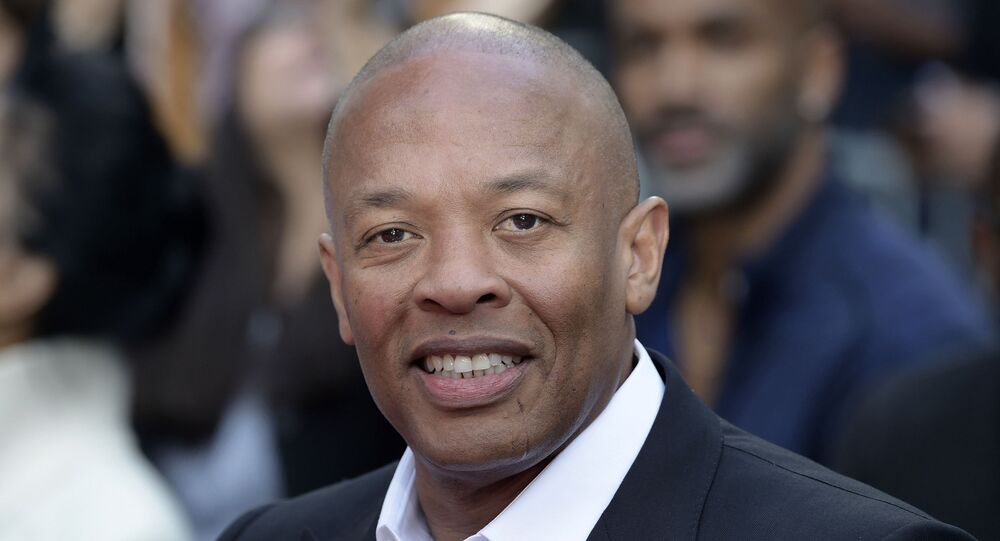 Andre Romelle Young, commonly known under the alias Dr. Dre, is considered to be one of the most influential rap musicians. Founder of Aftermath Entertainment and Beats Electronic, he is defined as the key figure in the rise of gangsta rap and West Coast G-funk, as he brought to fame N.W.A., Eminem and Snoop Dogg.

Influential 55-years-old rapper Dr. Dre has been hospitalized in the intensive care unit (ICU) at a hospital in Los Angeles after suffering a brain aneurysm, TMZ reported Tuesday.

According to the report, the rap star suffered a brain bleed on Monday and was soon rushed into the ICU at Cedars-Sinai Medical Center. Dre is stable and his health is not in danger, though the doctors reportedly don't know what caused the bleeding.

Young's fellow stars express their sympathy. Among them is Dr. Dre's former N.W.A. bandmate, Ice Cube, who asked his followers on Twitter to send their love and prayers to his "homie".

Send your love and prayers to the homie Dr. Dre. pic.twitter.com/dWSgzunpjj

Meanwhile, "I Need a Beat" hit song author, rapper LL Cool J posted on Twitter that his friend Dre was recovering at the hospital bed.

Thousands of fans wish a speedy recovery to the rap mogul, remembering his achievements in music.

Dr Dre is one of the biggest influencers in hh history and is the man behind some of the most influential artists in hh history. he helped shape what it is today. please god! please let him be ok 🙏🏼 pic.twitter.com/Wa4F4VZrEI

Friendly reminder that witout Dr.Dre there would be no
N.W.A
Death Row
Aftermath
Ice cube
Eazy-E
Snoop Dog
Eminem
Busta ryhmes
Xzibit
50 cent
The game
G-unit
Beats by Dre
Kendrick Lamar
And most importantly
No West coast Rap at all
Prayers up for that big man

Hang in there, Dr. Dre. pic.twitter.com/mQsmIdyOxb

Praying for a speedy recovery 🙏🏽

​The legendary rap producer is reportedly in the middle of a divorce with his wife, Nicole Young, who wants $2 million a month in temporary spousal support and an additional $5 million for her attorneys. The rap star's wife is reportedly asking the judge to reject their prenuptial agreement, signed in 1996, claiming that Dre ripped it up soon after.

According to the report, a hearing in the case was scheduled for Wednesday.

Dr. Dre was the producer and a prominent member of the gangsta rap band N.W.A., mostly known for their debut album "Straight Outta Compton" in 1988. He later had success as a solo artist, becoming a superstar with his own debut, “The Chronic” in 1992. Producing such successful rappers and musicians as Kendrick Lamar, Eminem, 50 Cent and Snoop Dogg, as well as heading the electronic company with worldwide renowned brand Beats by Dr. Dre, Young later became a music mogul worth nearly $1 billion.