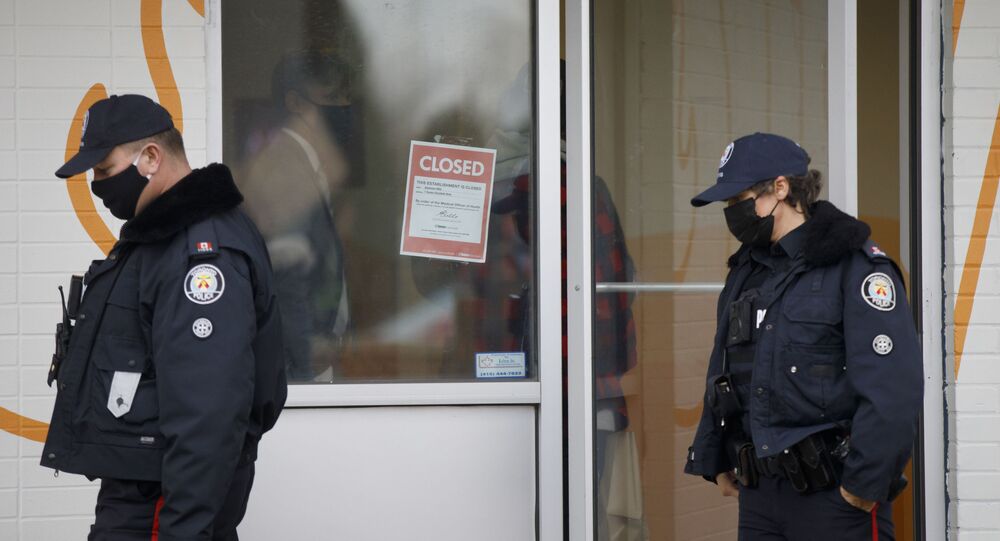 TORONTO (Sputnik) - A Canadian man whose arrest for violating COVID-19 restrictions was captured on video and went viral has committed suicide, the Toronto Police Service (TPS) said in a statement.

Moses Demian, 24, was arrested by the Toronto Police Service on Sunday night for allegedly obstructing a peace officer during a meeting of car enthusiasts, which was broken up by law enforcement. Earlier in the day, a source with knowledge of the situation told Sputnik that Demain may have taken his life sometime after that.

“During the arrest, the person stated they were in crisis. Officers responded immediately by taking the person to the hospital. The person was assessed by a doctor and released by the hospital to his family.  The person had no further contact with the Toronto Police. Since then, we have learned the person died at their home in Durham Region on Monday,” the TPS said in a statement obtained by the Toronto Sun.

The original video posted to social media showed TPS officers dispersing the crowd, while three officers handcuffed Demian and placed him in a squad car despite vocal protests from the young man.

A GoFundMe page set up to cover funeral and memorial expenses has raised over $16,000.

A number of Canadian police departments have incurred backlash in recent weeks over allegations of heavy-handed tactics in enforcing COVID-19 related restrictions.

The Policing the Pandemic project, a Canadian research group tracking police enforcement of pandemic related restrictions, said in a report on Tuesday that there have been over 700 COVID-19 related citations and charges laid by the various levels of Canadian law enforcement since the health crisis began.