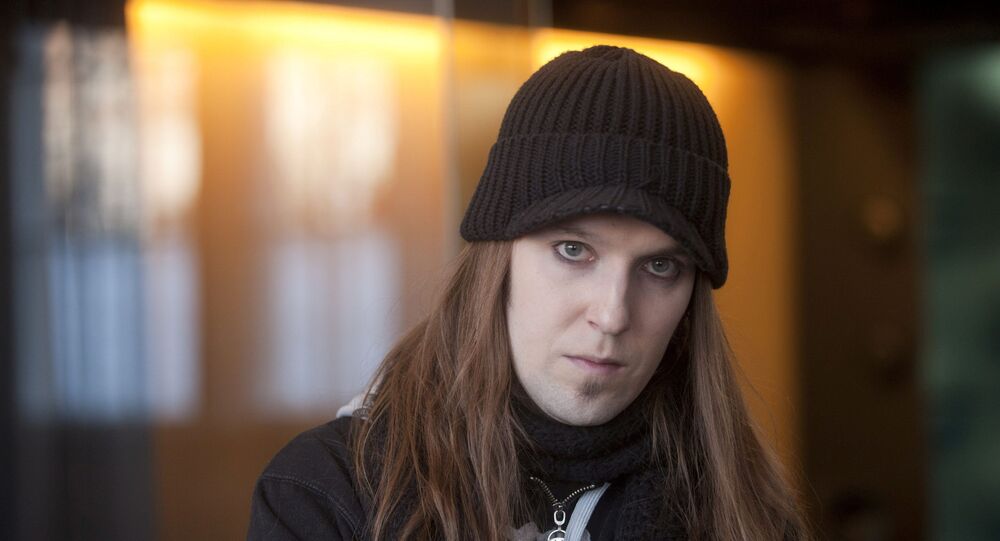 Fans, Colleagues in Sorrow After Ex-Children of Bodom Frontman Alexi Laiho Dies at 41

Alexi Laiho was one of the founding members of the Finnish melodic death metal band Children of Bodom, and its lead singer/guitarist until their breakup at the end of 2019. He was proclaimed as one of the best metal guitarists of all time by several music magazines.

Alexi Laiho, critically and publicly acclaimed former lead guitarist and vocalist of death metal band Children of Bodom, died at his home in Helsinki last week at the age of 41, his official Instagram page issued a statement on Monday.

According to the statement, the famous rockstar was suffering from long-term health conditions during the last years of his life.

The members of Laiho's last project, supergroup Bodom After Midnight, created after the Children of Bodom's farewell gig in 2019, expressed their grief in the same statement.

"We are crushed by the sudden passing of our dear friend and band member. Words cannot describe this shock and the profound sadness that we feel", his former bandmate Daniel Freyberg, along with new partners Mitja Toivonen and Waltteri Väyrynen said.

Tributes are being paid to the heavy metal star from across the globe, including the official Twitter page of Children of Bodom.

1 of the most renowned guitarists in the world, Alexi Laiho, has passed away. More than 25 years of friendship. We lost a brother. The world lost a phenomenal song writer and one of the greatest guitarists of all time. Memories and Alexi’s music will live forever.

​Many musicians have expressed their condolences for the death of Laiho. American thrash-metal band Megadeth's frontman Dave Mustaine along with guitarist Marty Friedman was among those grieving for the loss of the Finnish guitarist and friend.

So sad to hear about the passing of Alexi Laiho. We often toured together, he was truly an incredible talent. My sincere condolences to his family, friends and fans. pic.twitter.com/pcEpQxQRNL

Absolutely gutted about Alexi Laiho`s very untimely passing. He had a lot more to left to say with his music.

Alexi Laiho was a monumental talent & a genuine, caring & thoughtful person.
He will be greatly missed.
Rest In Peace Alexi

​Fans are currently sharing their moments with and memories of the late rockstar on social media.

I am devastated to hear of Alexi Laiho passing. He was a huge inspiration to me growing up and playing guitar. Got the amazing pleasure to meet him and the rest of CoB years ago and he was nothing but great to talk to. You’ll be missed Alexi pic.twitter.com/LhqvcglcdE

Alexi's monumental talent and energy will forever live on. COB was one of the best discoveries in my life when I was a teen and through his music even as I grew older I made friends because of the power of Alexi's music connected everyone. Thank you for the music. RIP Alexi Laiho pic.twitter.com/AzhhqdFnng

​Laiho co-founded the band in 1993 and performed with them until their dissolution, releasing 10 studio albums in the period from 1997 to 2019. In 2020, he put together Bodom After Midnight with former bandmate Daniel Freyberg, in which they managed to release three songs and one music video prior to Laiho's death.

The Finnish rockstar's latest work will be released posthumously, the band stated.

Hana Kimura: Japanese Troll May Be Prosecuted for Online Abuse of Netflix Star Who Committed Suicide