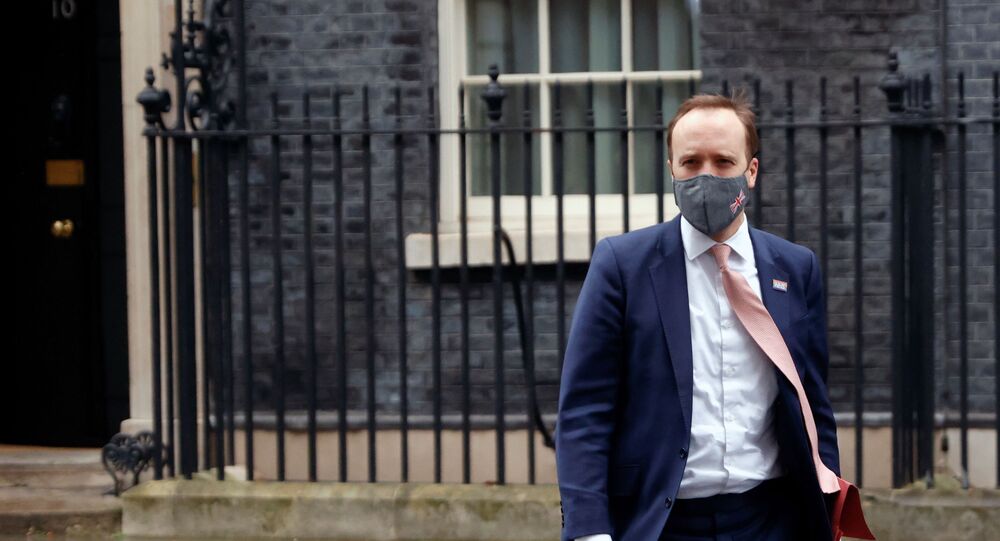 A new variant of COVID-19 has been identified in South Africa. Known as 501.V2, the new variant of the virus carries mutations in its spike protein, which it uses to penetrate host cells and cause infection.

British Health Secretary Matt Hancock told BBC Radio on Monday that the new COVID-19 variant identified in South Africa is more worrisome than the highly infectious variant known as B.1.1.7, which was identified in Britain last month in Kent, a country in South East England.

The UK variant is more contagious but not deadlier than previous COVID-19 variants, and cases of it have already been recorded in at least 33 countries and in at least three US states, USA Today reported.

“I’m incredibly worried about the South African variant, and that’s why we took the action that we did to restrict all flights from South Africa,” Hancock BBC Radio 4's Today programme. “This is a very, very significant problem ... even more of a problem than the UK new variant.”

“This is a very, very significant problem ... and it’s even more of a problem than the UK new variant,” Hancock added.

The South African variant was first identified in the Nelson Mandela Bay region of the country. It then spread across the country, including to Cape Town, a popular tourist destination.

ITV political editor Robert Peston revealed Monday that “according to one of the government’s scientific advisers, the reason for Matt Hancock’s ‘incredible worry’ about the South African COVID-19 variant is that they [health officials] are not as confident the vaccines will be as effective against it as they are for the UK’s variant,” Al Jazeera reported.

In addition, John Bell, the regius professor of medicine at the University of Oxford who sits on the UK government’s vaccine task force, noted Sunday that the approved COVID-19 vaccines may work on B.1.1.7, but there remains a “big question mark” as to their effectiveness against the South African variant, Al Jazeera reported.

Several countries across the globe have barred travel from Britain and South Africa over fears regarding the new COVID-19 strains.

Initial research into the South African strain indicates that it is linked to higher viral loads and may be more easily transmitted, according to prominent South African infectious disease epidemiologist Salim Abdool Karim, co-chair of the country's advisory committee on COVID-19.

However, on December 31, the World Health Organization (WHO) revealed that there is “no clear evidence of the new variant being associated with more severe disease or worse outcomes.”

“Further investigations are needed to understand the impact on transmission, clinical severity of infection, laboratory diagnostics, therapeutics, vaccines, or public health preventive measures,” the WHO added.