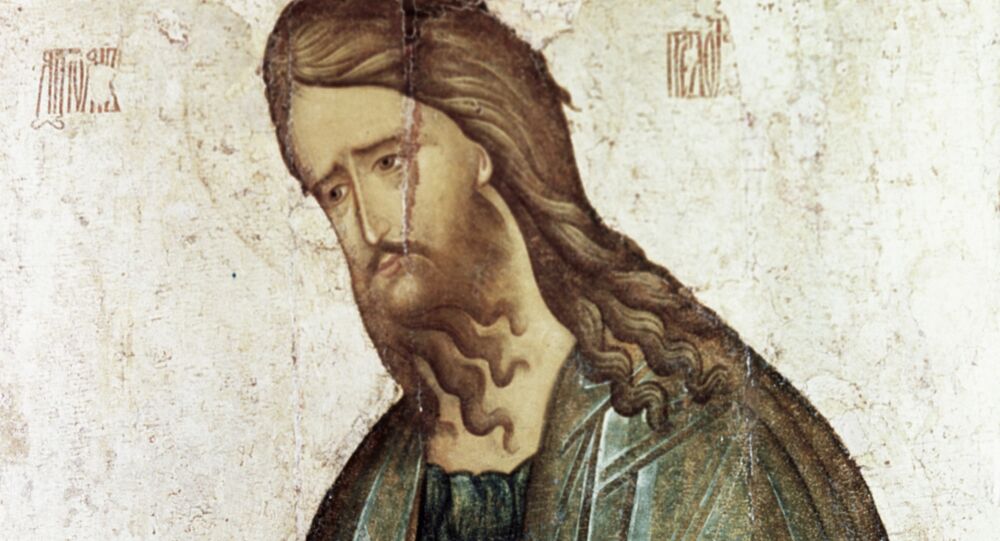 The courtyard at Machaerus, a fortified hilltop palace in modern-day Jordan, was discovered 40 years ago, but it was not until now that the researchers agreed that it could be the place where one of the best-known figures in Christianity, John the Baptist, was condemned to death.

A Hungarian archaeologist says his colleagues have managed to map the bloodstained dance floor where John the Baptist, who according to the Bible foretold the Advent of Jesus, was killed in around 29 AD.

King Herod Antipas, a son of King Herod, ordered that John be executed, for fear that his leverage in society and influence on public thinking would grow, ancient writer Flavius Josephus recounted, noting that the execution took place at Machaerus, a fort near the Dead Sea in today’s Jordan. Meanwhile, the Bible tells a more sophisticated tale, specifying that Herod Antipas had John the Baptist executed in exchange for a dance.

Herod Antipas was set to tie the knot with a divorced woman after he had likewise split up with his previous wife, and such a marriage was reportedly stringently disapproved of by John the Baptist. At the wedding, Salome, the daughter of the bride Herodias, performed a dance that was so much enjoyed by Herod Antipas that her stepfather promised her anything she would ask for as a reward.

Salome, having been nudged by Herodias, demanded the head of John the Baptist. The Bible has it that Herod Antipas was reluctant to make good on the request, but he was ultimately talked into it and had John the Baptist's head presented to Salome on a platter.

The courtyard uncovered by researchers who have been working at Machaerus is likely the very place where the stunned king feasted his eyes on Salome’s dance, and where he ordered John the Baptist’s beheading, catering to his new wife’s desire, Gyozo Voros, director of the project “Machaerus Excavations and Surveys at the Dead Sea”, wrote in the book "Holy Land Archaeology on Either Side: Archaeological Essays in Honour of Eugenio Alliata".

The courtyard, Voros went on, features an apsidal-shaped niche that could probably be the remains of the throne where Herod Antipas sat. Herod the Great’s son ostensibly governed his kingdom consisting of Galilee and part of Jordan from Machaerus.

Although the courtyard was discovered in 1980, the researchers didn't recognise the niche as being part of Herod Antipas' throne until now, Gyozo Voros of the Hungarian Academy of Sciences wrote.

The throne spotted in the ancient courtyard effectively supports the conclusions about Salome’s performance and the dance floor where the whole story unfolded, Voros asserted.