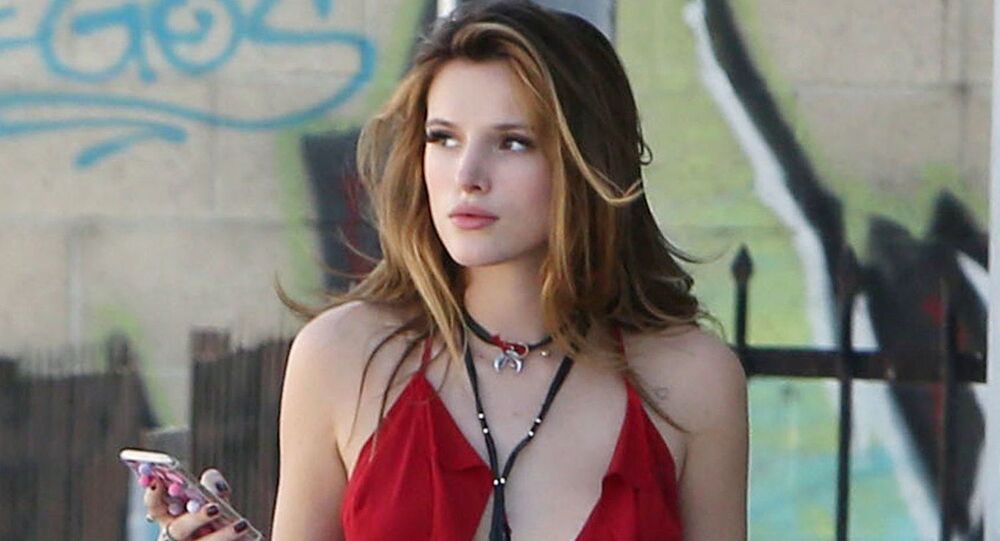 The bash was reported at around the time the local Mexican authorities were introducing a full ban on large gatherings to prevent a surge of coronavirus infections.

Former Disney actress Bella Thorne threw a grand New Year’s Eve party the other day at the Hard Rock Hotel in Riviera Maya, Mexico, where three days earlier, authorities found the body of a young hotel worker named Ana Gomez, who had been missing since 18 December, The Daily Beast reported, citing an administrative staffer at the resort.

The source contended that they couldn’t offer any further information about the event, in keeping with the organisers’ instructions.

For days, Thorne promoted an end-of-year party at a “secret location”, where she reportedly planned to give away $50,000 to fans who helped publicise the event on social networks. There was also to be a lottery for two people to win two free nights at the luxury resort.

Representatives for Thorne did not immediately respond to requests for comment. On social media, Thorne said she’d arrived in Tulum, a town on the Caribbean coastline of Mexico’s Yucatán Peninsula, after filming a movie in Italy. Videos on Instagram show Thorne partying with her boyfriend and two sisters, with Bella claiming the whole group had been tested for COVID-19 upon arrival.

“Her family and friends are staying in the hotel, and it’s a big production. They’ve been partying here for days, and tonight is the big party”, the Hard Rock staffer said on 31 December.

Reports about Bella Thorne’s bash ended up in the public’s crosshairs following worrisome news about the recent murder of the young dishwasher, as well as amid concerns over possibly ignored COVID-19 measures.

“They’re pretending nothing is happening—it’s like business as usual”, one local, Michelle Cuervo, told The Daily Beast, as the local authorities had prohibited all large-scale events in the region.

“The parties are prohibited, but if you are a Hollywood star, you can do it. You cannot use masks or any recommendations to stay safe. So, this is the situation… While at the door of the hotel they demonstrated for the murder and rape of the young woman who worked there, inside life goes on as normal”, said a Hard Rock Hotel worker, who spoke to The Daily Beast on condition of anonymity to protect their job.