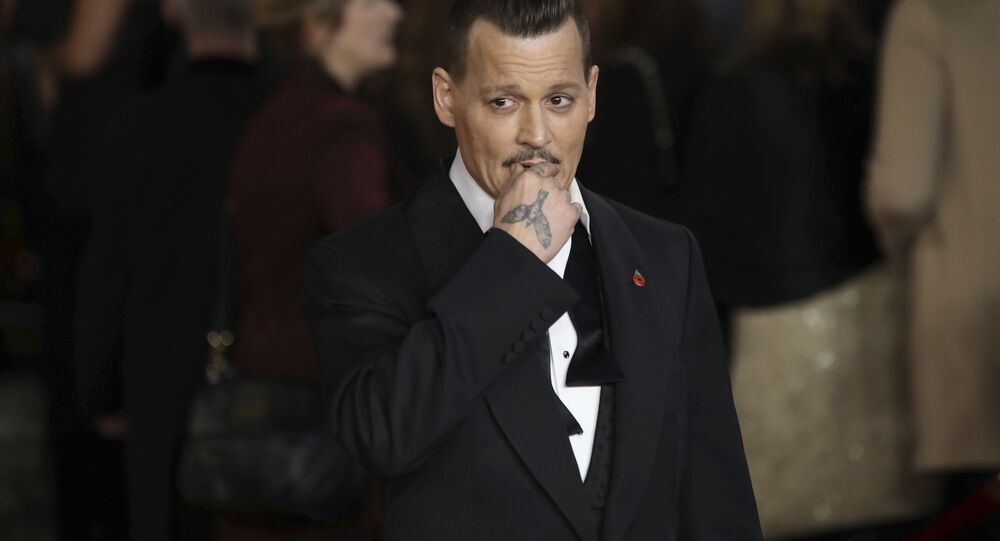 The past year was a major ordeal for the American actor, as he lost a libel case against the newspaper The Sun, which called him a "wife-beater" and claimed that his ex-wife Amber Heard was the victim of domestic violence.

Johnny Depp has shared an odd New Year's message on Instagram, posting the preface to William Saroyan's 1939 play "The Time of Your Life". The piece includes a reflection on the nature of evil, urging to destroy it with "no regret".

"Despise evil and ungodliness, but not men of ungodliness and evil. These, understand. Have no shame in being kindly and gentle, but if the time comes in your life to kill, kill and have no regret".

Thousands of fans commented on the post, with most of them wishing Depp good luck in 2021 and sharing the #justiceforjohnnydepp hashtag, referring to his recent case against a British tabloid, as the court's ruling against Depp angered his fans.

Depp filed a lawsuit against the publusher of The Sun, News Group Newspapers, over a column that called him a "wife-beater". During the proceedings, Depp's lawyers presented evidence showing the actor with bruises and a severed finger, accompanied by an audio tape where his former wife Amber Heard reportedly claimed that she had hit him and engaged in fights.

The judge, however, ruled that the owner of the paper had proved the content of the article to be "substantially true". As a result of the high court ruling, Johnny Depp was asked to step down from his role as Grindelwald in "Fantastic Beasts".

Depp's attorney, David Sherborne stressed that the star "did not receive a fair trial", while countless fans supported Depp, lashing out at Netflix for purportedly removing his films from its US library, condemning Warner Bros. for sacking the actor, and mounting an online petition against Amber Heard to remove her from the "Aquaman" franchise.