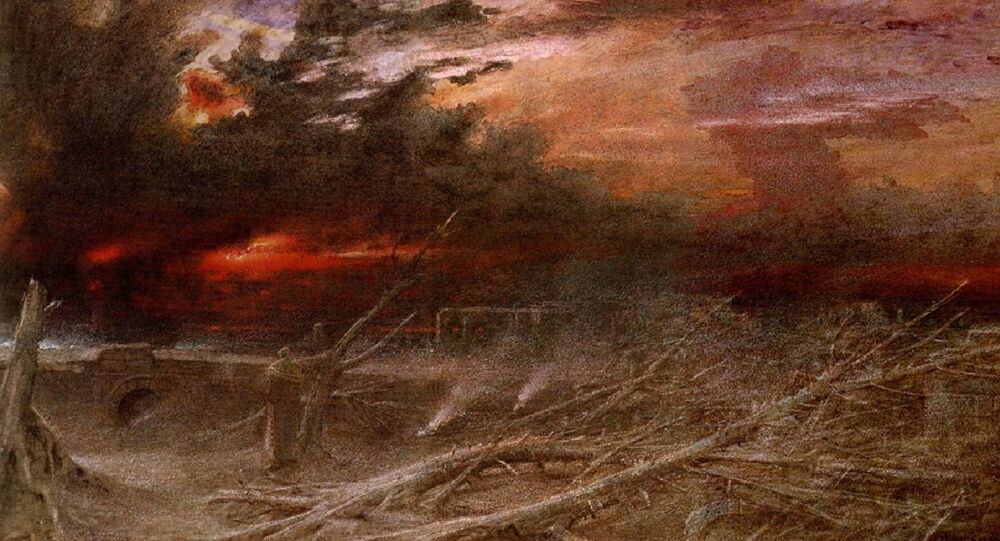 While author Robert Rite reportedly claimed that “very few prophecies need to be fulfilled until the apocalypse begins,” he apparently does not provide evidence to back this assertion.

While 2020 witnessed plenty of disasters, natural, and otherwise to hit various parts of the world, it appears that a number of Biblical prophecies foretelling the End of Days may bear a rather unnerving resemblance to certain events that transpired not that long ago.

According to the Daily Express, while some people theorise that the coronavirus pandemic and the locust plague in Africa "could represent the final book of the New Testament coming to life," a passage from the Gospel of Luke (ESV) that reads "There will be great earthquakes, and in various places famines and pestilences. And there will be terrors and great signs from heaven" seems "particularly worrying," especially in light of an earthquake that rocked Croatia recently.

The newspaper also notes that author Robert Rite previously argued in his book Apocalypse Countdown that the "warning signs" of the impending doom are increasing in intensity.

Having refrained from trying to pinpoint the exact date of the alleged apocalypse, Rite suggests instead that “all of the signs point to the later part of the next decade (2015 – 2021) as the time of the end, and perhaps the beginning of the Great Tribulation period.”

"It is perplexing how mankind prefers to live a life rich in fantasy, theories and science fiction, yet at the same time it shuns the non-fiction, especially anything to do with the prophecies of the Bible,” he muses. “I do believe that as we get closer to the apocalypse there will be a dramatic increase in interest in the prophecies. Many people will begin to accept that this world is corrupted, spiralling out of control, so they will yearn to discover the truth. It is already becoming obvious to those who care to listen or watch current events that things are not right here on planet Earth. Things just seem to be getting exponentially worse."

In his book, Rite reportedly explores his theory "on the signs of the time of the end," in which he lists an increase in droughts, food shortages, a "global surge" of earthquakes, and an increase in viruses and plagues.

But while the author also argues that "very few prophecies need to be fulfilled until the apocalypse begins," the newspaper points out that he does not provide "evidence of the claim."

And with 2021 about to begin, it remains to be seen exactly how accurate Rite's predictions are.