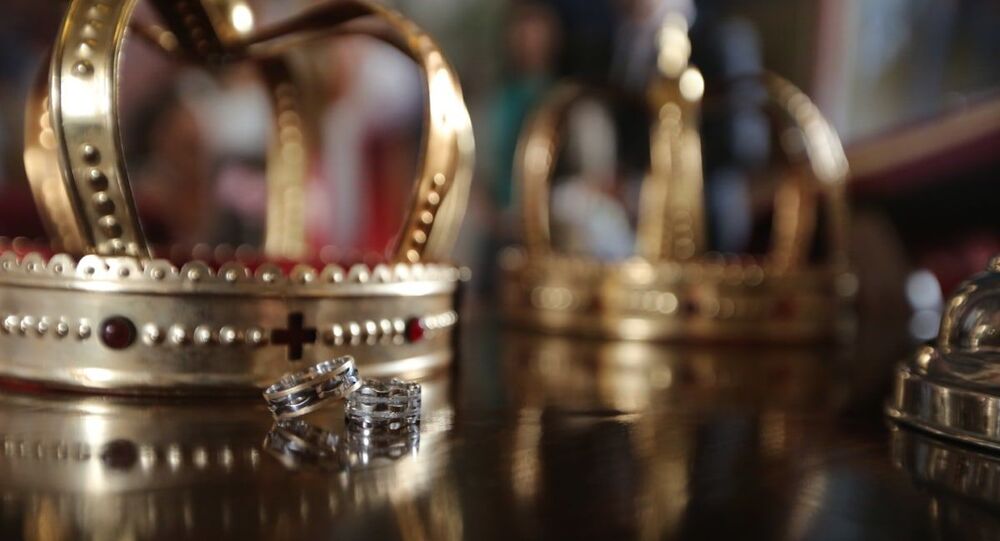 This year has undoubtedly given us many things to reflect on: the coronavirus pandemic, major BLM protests, tragic Beirut explosions and a full-scale war in Nagorno-Karabakh have left few people unscathed. Neither have things been exactly plain-sailing when it came to the world's crowned heads.

The list of top royal scandals of 2020 should unquestionably begin with Prince Harry and his wife Meghan's bombshell announcement that they would step down from their senior royal duties to live a “financially independent life”.

“After many months of reflection and internal discussions, we have chosen to make a transition this year in starting to carve out a progressive new role within this institution,” the two declared on 8 January via Instagram.

The Duke and Duchess of Sussex, who are no longer Royal Highnesses having shed their HRH status, vowed to “balance” their life between the UK and North America, while continuing to honour their “duty to The Queen”.

A post shared by The Duke and Duchess of Sussex (@sussexroyal)

The decision reportedly came as a shock to the royal household. The Queen quickly convened the Sandringham Summit to discuss the terms of the couple’s exit. According to royal biographers, Prince William was so frustrated with the situation that he even refused to see his younger brother for lunch before the gathering.

After the formalities, the Sussexes made a swift move to Canada and then to Meghan’s native LA to remain there through much of 2020 – while signing lucrative contracts with Spotify and Netflix in a bid to unveil some unique content. According to reports, the contracts have sparked concerns among the remaining members of the family about what secrets they could reveal in their forthcoming shows.

2. Prince Andrew and US Prosecutors

The clamour around the Duke of York’s infamous friendship with convicted sex offender Jeffrey Epstein was unrolling well through 2019, but it made some high-profile spins this year.

Prince Andrew departed from his official royal duties last November after his “car crash” interview with the BBC's Emily Maitlis during which he tried to fend off accusations that he had had sex with Epstein’s masseuse Virginia Roberts Giuffre between 2001 and 2002 when she was around the age of 17. According to some observers, his defence bid wasn’t very successful with his narrative full of inconsistencies.

The allegations continued to hit the Queen’s second son throughout 2020, with US federal prosecutors repeatedly calling upon the British royal to help with the probe investigating Epstein and his close circle of friends.

According to US Attorney Geoffrey Berman, the prince has “completely shut the door on voluntary co-operation”, despite his earlier claims that he was all in. The prince's lawyers then said that he had offered his assistance to the inquiry at least three times throughout the year.

But Berman said in June that that wasn’t so. Instead, he argued, Prince Andrew was seeking to “falsely portray himself to the public as eager and willing to co-operate with an ongoing federal investigation”, while “repeatedly” declining requests for an interview.

And so the saga continues.

Spain’s former monarch, King Emeritus Juan Carlos de Borbon, announced in August that he would leave the country “in the face of the public repercussions” after a corruption scandal.

Juan Carlos said in a letter to his son, the reigning King Felipe VI, that he decided to flee Spain to allow him to perform his duties with “tranquility”.

It was later suggested that the 82-year-old Juan Carlos, who stepped down from the throne in 2014, was “banished” from Spain by his own son. The Spanish royal house has confirmed that the monarch moved to the United Arab Emirates, although his present place of residence remains unclear.

In June, the Supreme Court’s public prosecutor's office launched an investigation into the King Emeritus over a 1 million euro kickback payment he had allegedly received from Saudi Arabia’s King Abdullah back in 2008 to land Madrid with a high-speed railway contract.

The issue is also being investigated by the Swiss public prosecutor.

King Carl XVI Gustaf raised some eyebrows in December after publicly claiming that Sweden had “failed” to tackle the global coronavirus amid a large number of deaths, comments that many interpreted as a direct attack against the government.

“I believe we have failed. We have a large number of people who have died, and that is terrible. It is something we all suffer together," the monarch said in a speech broadcast on national TV.

Analysts rushed to point out that it was very unusual for a constitutional monarch to talk about politics while bearing a strong sentiment against the current government that was responsible for the COVID-19 strategy. Many argued that the situation would soon backfire.

King of Thailand Maha Vajiralongkorn lives a life many would envy: after three failed marriages, in July 2019 he tied the knot with Suthida Tidjai, 26 years his junior. Just several months after that he appointed Major-General Sineenat Wongvajirapakdi as his official “Royal Noble Consort” to serve him alongside his official wife.

But in October 2019, the mistress was stripped of all her military, government and official ranks over “disrespectful” behaviour towards Queen Suthida. Sineenat even reportedly spent some time in jail for her "disloyalty” to the king amid high ambitions in the court.

But this September, she made a glittering comeback to the royal household. All her military ranks and titles were restored, with the Royal Gazette pointing out that no record would show that she had ever suffered disfavour.

The move has angered many anti-royalists for its arbitrariness. Later, a whole barrage of Sineenat’s private photos, allegedly from her personal phone, was unveiled to the public. Among thousands of images, many were of an explicit nature.

A frequent critic of Thailand’s monarchy, British journalist Andrew MacGregor Marshall, revealed on Twitter in November that he had received an anonymous package with images back in August - when it was announced that Sineenat would regain her consort status - but decided not to make them public.

The journalist described the scandal around the nude photos an “ugly power struggle in the palace because of Vajiralongkorn’s chronically complicated sex life”.