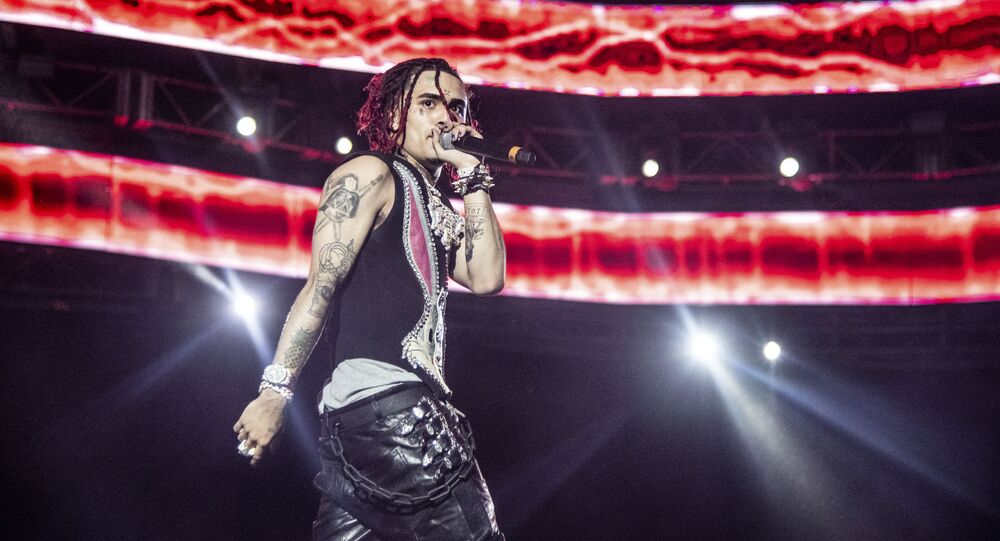 The clash reportedly took place as the rap performer traveled on Saturday from Fort Lauderdale, Florida, to Los Angeles, California. The US air carrier reportedly called police at the destination airport to deal with Lil Pump’s “verbally abusive” behavior of crew members who had urged him to wear his mask.

American rapper Gazzy Garcia, whose marketing brands him as Lil Pump, has been slapped with a lifetime ban against flying with US airline JetBlue over refusing to wear a protective facemask during a flight from Fort Lauderdale, Florida, to Los Angeles, California, amid the ongoing coronavirus pandemic, TMZ reported.

A representative of the airline told the outlet that Garcia “became verbally abusive with crew members, and also took off his face covering mid-flight”. The company said that the 20-year-old rapper and music producer refrained to put back his mask “even when asked”.

According to TMZ, the flight crew was prompted to call police at LAX to have the cops “on standby” to deal the rapper upon landing. However, the Miami-based artist was reportedly not arrested or involved in an interaction with police.

Citing obtained correspondence from the flight deck detailing what happened during the flight, the newspaper reported that the rapper was sneezing and coughing into a blanket without a mask on, “perhaps on purpose”, for that he “had to be dealt with firmly”. He was said to have been finally obliged to put on his mask.

Garcia reportedly took to social media to complain about the JetBlue ban.

In a now-deleted story on Instagram, the musician was heard saying “f**k JetBlue” and that he will never wear a mask in 2021. He suggested that “coronavirus is fake”.

This guy... 🤔🤔 "All twenty, twenty, twenty one I ain't wearing no mask..." Can some one get Lil Pump a book, a calendar or calculator?! This child is crying for help! #JetBlue #LilPump #I #GotzMinez #Edumacation #202021 #TwentyTwentyTwentyOne pic.twitter.com/s8jCruNMHx

How Do You Like it Now? American Rapper Lil Pump Gets Bitten by Snake - Video