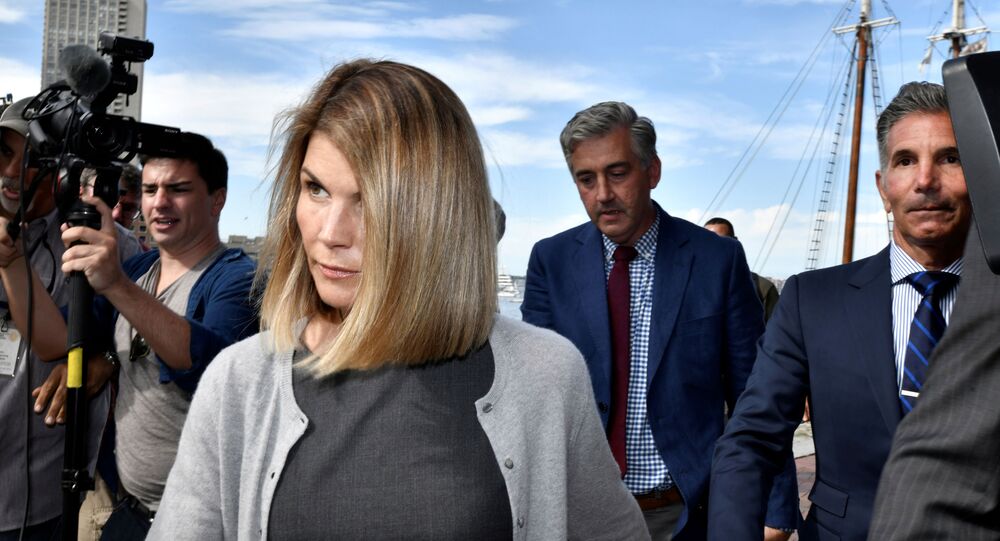 Lori Loughlin is an American actress and producer best known for her role as Rebecca Donaldson-Katsopolis on the ABC sitcom "Full House." Loughlin and her husband Mossimo Giannulli in 2020 pleaded guilty to conspiracy to commit fraud in relation to a college admissions bribery scandal.

Loughlin was released from the Federal Correctional Institution in Dublin, California, on Monday after serving two months behind bars for her role in a US college admissions scandal, which was busted in 2019 by an FBI investigation code-named Operation Varsity Blues.

According to a source who spoke to People, the actress had a tearful reunion with her daughters Olivia Jade Giannulli, 20, and Isabella Rose Giannulli, 21.

“It’s the end of a very long ordeal,” the source told the outlet.

Another insider said that Loughlin, 56, “seems beyond relieved that she can put her prison sentence behind her."

"It's the most stressful thing she has ever dealt with. She plans on spending New Year's with Olivia and Bella".

The “Full House” alum was given a two-month prison term in August after she and her husband pleaded guilty to paying the scheme’s mastermind, William “Rick” Singer, $500,000 to get her two daughters recruited onto the University of Southern California’s rowing team, despite their having no experience with the sport.

The actress will still be required to serve two years of supervised release and conduct 100 hours of community service.

Fifty-three people have been charged as part of the college admissions conspiracy. Collectively, they are accused of paying more than $25 million to Singer between 2011 and 2018 to fraudulently alter exam test scores and bribe college officials into accepting their children into prestigious schools.

Other famous people involved in the scheme include actress Felicity Huffman, who pleaded guilty to conspiracy for paying $15,000 to Singer to change her daughter’s SAT scores. Huffman spent 11 days in prison in October 2019.